New Delhi: The Supreme Court's order quashing the RBI's 12 February circular will give the government discretionary power to issue a direction to the apex bank for referring a defaulting company to the NCLT on case by case basis in public interest, official sources said.

The Supreme Court on Tuesday quashed the RBI circular of last year that pertains to the provisions for referring the defaulter to the National Company Law Tribunal (NCLT) even on a one-day overdue.

However, the SC had upheld the constitutional validity of Section 35AA of the Banking Regulation Act, which empowers the Centre to act, either directly or by directing RBI to take action against defaulters. 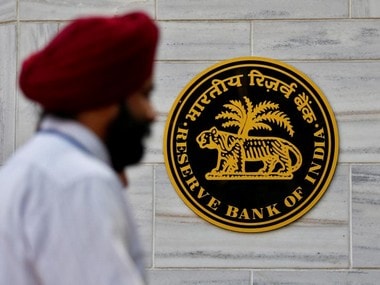 Section 35AA empowers the central government to authorise the RBI to issue directions to any banking company or banking companies to initiate insolvency resolution process in respect of a default under the provisions of the IBC.

Sections 35AA and 35AB were introduced by an amendment to the Banking Regulation Act in May 2017.

The Reserve Bank of India (RBI) had on 12 February, 2018 issued the circular saying that lenders have to provide for resolution plan within 180 days in case of the large account of Rs 2,000 crore and above.

According to sources, the Supreme Court order on the RBI's circular does not limit government powers to give directions to PSU banks in resolving non-performing assets.

A revised framework for the resolution of stressed assets issued on 12 February, 2018 invited criticism from various quarters, including a parliamentary panel.

The RBI substituted the previous guidelines with a harmonised and simplified generic framework for the resolution of stressed assets in view of the enactment of the Insolvency and Bankruptcy Code.

"Although the new guidelines have been termed as harmonized and simplified generic framework, yet they are far from being so," Standing Committee on Energy in its report tabled in Parliament last year said.

"The Committee are of the opinion that the coinage of restructuring in resolution plan is hollow without having any serious meaning or business which only reflects the blurred vision of RBI in understanding and appreciating the problems. The Committee expect that clarity of thought and transparency in approach should be the guiding factor to streamline and strengthen the sector squirming under ineluctable hardships," it said.