New Delhi: State-run oil giant Saudi Aramco is in talks with several Indian refiners and hopes to land a joint venture deal by next year, the company’s chief executive said on Sunday.

“We are hoping to land on a JV sometime,” Aramco’s CEO Amin Nasser said at India Energy Forum by Cera Week in New Delhi.

Asked if a deal could be finalised next year, he said: “We hope so. We are in serious discussions.” 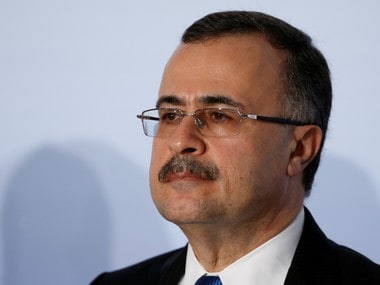 The world’s biggest oil producer is investing in refineries abroad to help lock in demand for its crude and expand its market share ahead of its initial public offering next year.

Aramco plans to float up to 5 percent of its shares in 2018 in what could be the world’s largest IPO, raising as much as $100 billion.

Saudi Arabia is competing with Iraq to be India’s top oil supplier, with Iraq displacing it for a fifth month in a row in August, data compiled by Reuters showed.

Earlier this year Saudi Arabia pledged billions of dollars of investment in projects in Indonesia and Malaysia to ensure long-term oil supply deals.

Oil minister Dharmendra Pradhan, who inaugurated Aramco’s India unit, said Aramco is interested in investing in refinery projects in the Asian country and “very soon they will come to India.”

Nasser said Aramco will increase its staff strength in India by four-fold compared to now. The company which had 14 employees has now raised staff numbers to around 30.

“India by itself is an important market. The size of India’s market is huge. The growth in India last year is 8 percent last year as compared to 1.5 percent globally in energy,” Nasser said.

Saudi Arabia is the second-largest crude oil supplier to India after Iraq. It accounts for about 19 percent of India's crude oil imports and 29 percent of LPG imports.

It is competing with Iraq to be India’s top oil supplier, with Iraq displacing it for a fifth month in a row in August, data compiled by Reuters showed.

During 2016 -17, India imported about 39.5 million tonnes of crude from Saudi Arabia. "Saudi Aramco through its subsidiary Aramco Asia India (AAI) established its formal business presence in India in 2016. AAI would now formally engage in crude oil and LPG marketing, engineering and technical services, and other business development activities," it said.

Aramco India plans to expand its operation by introducing hydrocarbon sector functions, including engineering services, IT operations and security and also R & D centre in the near future.

"Saudi Aramco intends to partner with Indian companies and set up integrated business ventures in the hydrocarbon value chain in India, including to boost Make in India activities," the statement said.

Pradhan said India is one of the biggest markets for Saudi oil and LPG. Saudi Aramco's Office in India will help in strengthening the existing buyer-supplier relationship between the two sides to a strategic partnership in the hydrocarbon sector, he said.

Saudi Aramco is investing in refineries in major markets to lock in customers ahead of its initial public offering next year. In India, it is looking for investment opportunities in refining and petrochemical projects.

Nasser is visiting India to attend the IHS-CERA conference beginning on Monday (today), which will also be attended by OPEC Secretary General Mohammed Barkindo.