LONDON (Reuters) - Saudi Arabia has restored more than 75% of crude output lost after attacks on its facilities and will return to full volumes by early next week, a source briefed on the latest developments told Reuters on Monday. 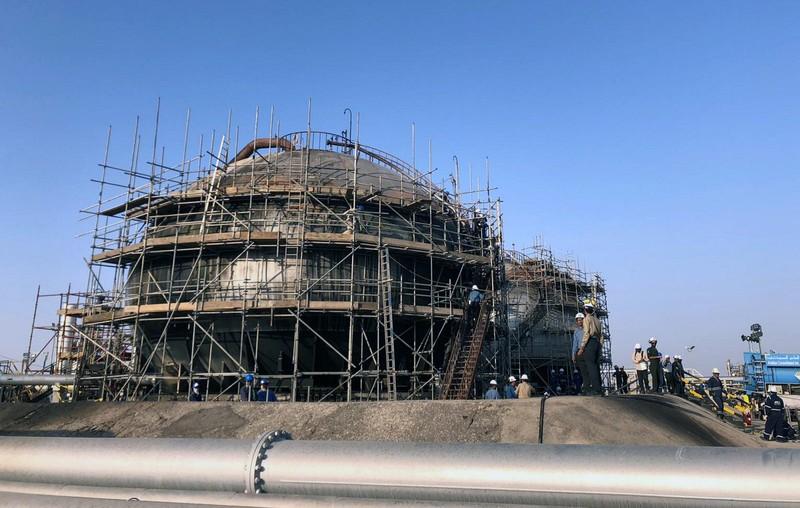 LONDON (Reuters) - Saudi Arabia has restored more than 75% of crude output lost after attacks on its facilities and will return to full volumes by early next week, a source briefed on the latest developments told Reuters on Monday.

The Sept. 14 attacks on the two giant plants caused raging fires and damage that halved the crude output of the world's top oil exporter, by shutting down 5.7 million barrels per day of production.

Saudi Energy Minister Prince Abdulaziz bin Salman and the chief executive of state oil company Aramco, Amin Nasser, have said output will be fully back online by the end of September.

The attacks sent oil prices up 20 percent although they came off after the kingdom pledged to bring back output swiftly. On Monday, prices stabilised at $64 per barrel, paring earlier gains, following comments by the source.

The kingdom has managed to maintain supplies to customers to the levels they were at prior to the attacks by drawing from its huge oil inventories and offering other crude grades from other fields, Saudi officials said.

Saudi said it would ensure full oil supply commitments to its customers. The kingdom ships more than 7 million bpd to global destinations every day, and for years has served as the supplier of last resort to markets.

No casualties were reported at the sites even though thousands of workers and contractors work and live in the area.

The Wall Street Journal reported on Monday repairs at the plants could take months longer than anticipated.

Thousands of employees and contractors have been pulled from other projects to work around the clock in bringing production back. Aramco is shipping equipment from the United States and Europe to rebuild the damaged facilities, Aramco officials told reporters on Friday.

Reporters were shown repair work underway at both locations on Friday, with cranes erected around burnt-out stabilisation columns, which form part of oil-gas separation units.

Saudi Arabia's ability to restore oil production quickly after the attacks, which hit at the heart of the Saudi energy industry, would demonstrate an important degree of resilience to potentially very damaging shocks, Moody's said last week.

Aramco is getting ready for an initial public offering possibly later this year. Aramco has a meeting with analysts scheduled for Wednesday at the company's headquarters in Dhahran, two sources said.