By David Randall NEW YORK (Reuters) - Worries over a resurgent coronavirus pandemic and upcoming U.S. Senate runoffs in Georgia are clouding the outlook for what has historically been a seasonally strong period for equities. Stocks have tended to perform well in the last five trading days of December, and the first two of January, a phenomenon known as the Santa Claus rally which has lifted equities in 55 out of 74 years since 1945, according to CFRA Research. 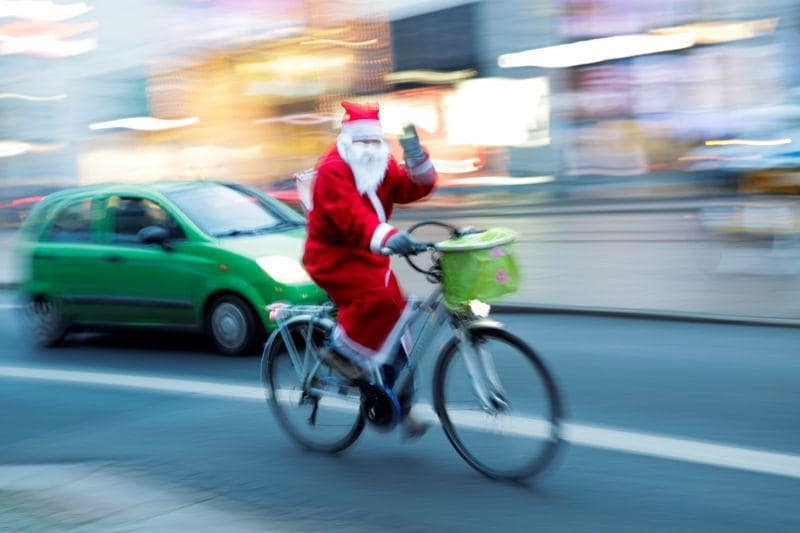 NEW YORK (Reuters) - Worries over a resurgent coronavirus pandemic and upcoming U.S. Senate runoffs in Georgia are clouding the outlook for what has historically been a seasonally strong period for equities.

Stocks have tended to perform well in the last five trading days of December, and the first two of January, a phenomenon known as the Santa Claus rally which has lifted equities in 55 out of 74 years since 1945, according to CFRA Research. This year, the period starts on Dec. 24.

But despite the S&P’s rally in the quarter and its year-to-date gain of around 14%, a Santa Claus rally this year is far from a given, investors said.

Concerns over a new variant of the coronavirus and weak economic readings have weighed on stocks in recent days, with the S&P 500 down 0.7% since hitting record highs on Dec. 17 as some investors lock in gains.

U.S. consumer confidence dropped for a second straight month in December, data showed on Tuesday, reflecting a coronavirus wave that has spurred renewed business restrictions despite a vaccine rollout.

Just further ahead are a pair of U.S. Senate races on Jan. 5 that could tip control of the chamber to Democrats, potentially opening the way for lawmakers to move ahead on some of President-elect Joe Biden's proposals that investors have viewed as market-unfriendly, including raising taxes and rolling back Trump-era deregulation.

"The market is on autopilot right now as we head toward the year-end, but in the near-term we are vulnerable as we get closer to Georgia election runoffs," said Sam Stovall, chief investment strategist at CFRA Research. "If it looks like we will get two Democrats ... could be enough to cause investors to rethink how bullish they want to be."

More than 1.1 million Georgians have already cast their ballots for the Jan. 5 contests, a level of participation that is on pace to rival the November presidential contest in which Biden, a Democrat, won the state's 16 Electoral College votes by a razor-thin margin en route to defeating Republican President Donald Trump.

Should Democratic candidates Raphael Warnock and Jon Ossoff prevail in the runoff, the U.S. Senate will be split 50-50 between Democrats and Republicans, leaving Vice President-elect Kamala Harris as the tie-breaking vote.

Overall, the broad stock market has been focused on the stimulus deal https://www.reuters.com/article/us-health-coronavirus-usa-congress/after-months-of-inaction-u-s-congress-approves-892-billion-covid-19-relief-package-idUSKBN28V176 passed by Congress on Monday and the rollout of coronavirus vaccines rather than increasing political risk, said Craig Johnson, technical market strategist at Piper Sandler.

"We believe these catalysts have largely been discounted into the market’s record-high rally," he said. "The risk of uncertainty over how quickly they translate into meaningful economic improvement remains uncomfortably high," he added, though he maintained a 2021 year-end price target for the S&P 500 of 4,225, roughly 14% above the current price of the index.

This year's rally in the S&P 500 has pushed its forward price to earnings valuation to 23.1, near its highest level in history on the back of extensive government stimulus programs and unprecedented monetary support from the Federal Reserve.

Those backstops have left the market priced for perfection, giving it little more room to run without another catalyst, said Randy Frederick, vice president of trading and derivatives with the Schwab Center for Financial Research.

"We're a bit overdone for a pullback in the short term and investors are looking ahead to a couple of races that could mean a significant change in personal and corporate tax rates," he said.

If it appears that the Democratic candidates are set to win both of Georgia's Senate seats, "things could turn really sour even though the long-term outlook looks pretty good," Frederick added.