By Angela Moon and Ju-min Park (Reuters) - Samsung Electronics Co Ltd said on Monday it would delay the retail launch of its Galaxy Fold smartphone for an unspecified period of time after reviewers discovered problems with the display, a hit to the reputation of the world's largest handset maker. Last week, reviewers started posting problems with the device on Twitter, but as of Friday the company did not know the root cause of the screen defects, according to Patrick Moorhead, founder of Moor Insights & Strategy, who said he was in direct contact with the company 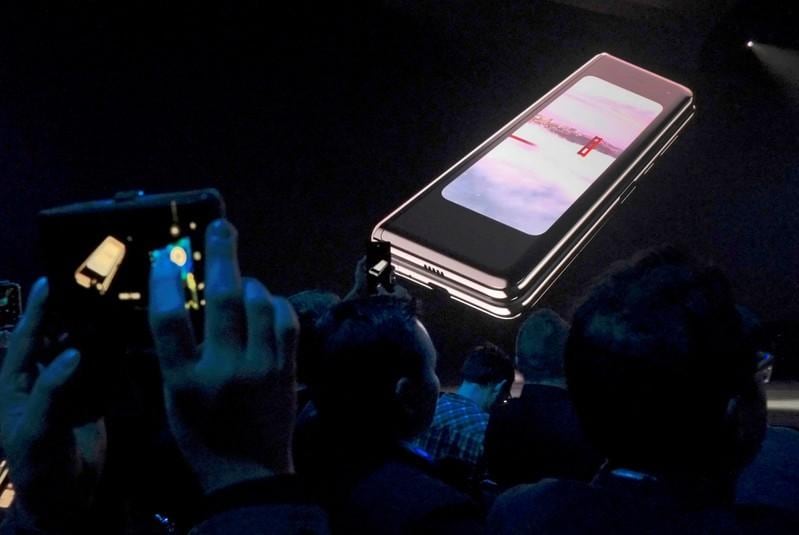 By Angela Moon and Ju-min Park

(Reuters) - Samsung Electronics Co Ltd said on Monday it would delay the retail launch of its Galaxy Fold smartphone for an unspecified period of time after reviewers discovered problems with the display, a hit to the reputation of the world's largest handset maker.

Last week, reviewers started posting problems with the device on Twitter, but as of Friday the company did not know the root cause of the screen defects, according to Patrick Moorhead, founder of Moor Insights & Strategy, who said he was in direct contact with the company.

About 50 units of the $1,980 foldable device had been sent for review to journalists, analysts and bloggers in the United States ahead of a planned April 26 launch, Moorhead said.

It was not immediately clear how many of the devices were defective. Four units sent to journalists and a YouTube personality contained problems, according to their posts on Twitter.

"To fully evaluate this feedback and run further internal tests, we have decided to delay the release of the Galaxy Fold. We plan to announce the release date in the coming weeks," a Samsung spokesperson said on Monday.

Samsung also postponed media events for the device planned for this week in Hong Kong and Shanghai.

While Samsung has not said how long the delay could be or whether production of the unit has halted completely, some analysts said the delay was minor compared to the massive recall and production halt that the company endured with its Galaxy Note 7 in 2016.

"It's certainly an embarrassment to Samsung's reputation but this won't have much financial impact on them since they created a whole new category of foldables with this product. There is no market share to lose," said Moorhead, who added that his test version of the phone was working without any issues.

Instead of plaudits ahead of the phone's planned launch, the South Korean conglomerate has been blighted by a handful of technology journalists reporting breaks, bulges and blinking screens.

Samsung said initial findings showed that the issues could be associated with impact on exposed areas of the hinges. It also said there were instances where substances found inside the device affected the display performance.

Wayne Lam, an analyst with IHS Markit, predicted the issue would likely be resolved within a month.

"We all know that Samsung has a technology that works. It's likely that this glitch is a problem with mass production and the failure is just in the single digit percentage," he said.

Samsung has hailed the folding design as the future in a field that has seen few surprises since Apple Inc's iPhone in 2007. Chinese rival Huawei Technologies Co Ltd has also announced a folding handset, the Mate X.

Samsung was initially planning to begin South Korean and European sales of the unit in May and Chinese sales from an undisclosed date.

AT&T, one of Samsung's U.S. launch partners for the Galaxy Fold, said the carrier was working to communicate with customers who pre-ordered the device as soon as possible. AT&T did not disclose the number of pre-orders.

(Reporting by Angela Moon in New York and Ju-min Park in Seoul; Editing by Tom Brown and Rosalba O'Brien)