By Esha Vaish GOTHENBURG (Reuters) - Swedish carmaker Volvo hopes to reinforce its reputation for safety-first driving by installing cameras and sensors in its cars from the early 2020s, monitoring drivers for signs of being drunk or distracted and intervening to prevent accidents. 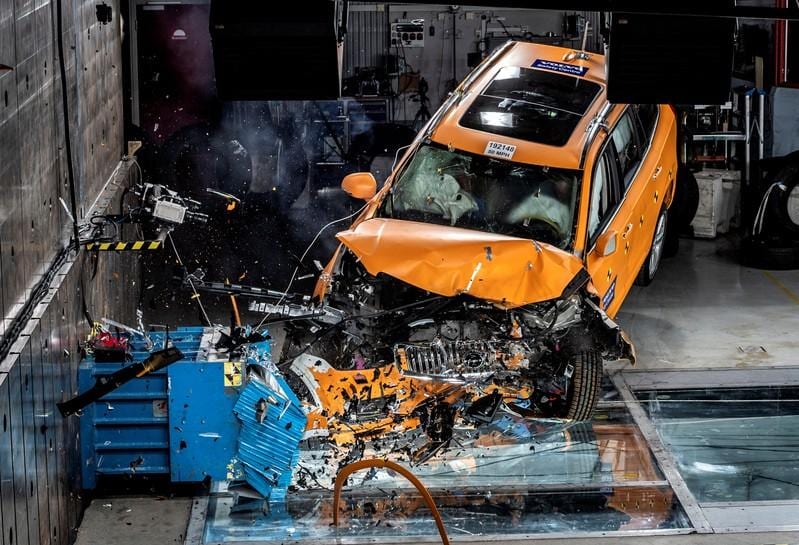 GOTHENBURG (Reuters) - Swedish carmaker Volvo hopes to reinforce its reputation for safety-first driving by installing cameras and sensors in its cars from the early 2020s, monitoring drivers for signs of being drunk or distracted and intervening to prevent accidents.

The safety features, detailed at a briefing in Gothenburg on Wednesday which fleshed out plans outlined earlier this month, mark another step by Volvo towards its pledge to eliminate passenger fatalities.

Development of technology that would support such manoeuvres has accelerated in the past year as the industry increasingly focuses on autonomous cars.

Volvo is building a driverless highway autopilot car with Swedish autoparts maker Veoneer as it aims to achieve a third of its sales from self-driving cars by 2025.

But CEO Hakan Samuelsson told Reuters it would take another 5 to 10 years before there was a mass takeup of such vehicles, creating a viable market to sell cars with additional safety features such as camera monitoring in the meantime.

Head of R&D Henrik Green said cameras will be installed on all Volvo models built on its SPA2 platform for larger cars, starting from the XC90 SUV in the early part of the next decade, before being added to smaller cars built on its CMA platform.

Volvo said intervention if the driver is found to be drunk, tired or distracted by checking a mobile phone - among the biggest factors in accidents - could involve limiting the car's speed, alerting the Volvo on Call assistance service, or slowing down and parking the car.

The Geely-owned automaker, which in the 1950s was the first carmaker to introduce the three-point seatbelt, said on March 4 it would introduce a 180 km per hour speed limit on new vehicles.

Samuelsson said that while the strategies meant Volvo might lose some customers keen on high speeds, it also opened opportunities to win parents who wanted to buy the safest car to carry their children.

"It would be easy to say that people can do whatever they like but we feel we have a responsibility to do this. Maybe people will see us as 'Big Brother', but if we save some lives then it's worth it," he told journalists.

Volvo also said it would introduce Care Key on cars from 2021, allowing buyers to set speed limits, and that it was talking to insurers to offer better terms for users of these safety features.

(Reporting by Esha Vaish in Gothenburg; Editing by David Holmes and Kirsten Donovan)