By Lewis Krauskopf (Reuters) - The S&P 500 and the Dow industrials rebounded on Monday, helped by gains in lagging financial shares, but declines for big tech and Internet stocks kept the Nasdaq in check as investors grappled with a recent spike in market volatility. The healthcare and consumer staples sectors also supported the S&P 500 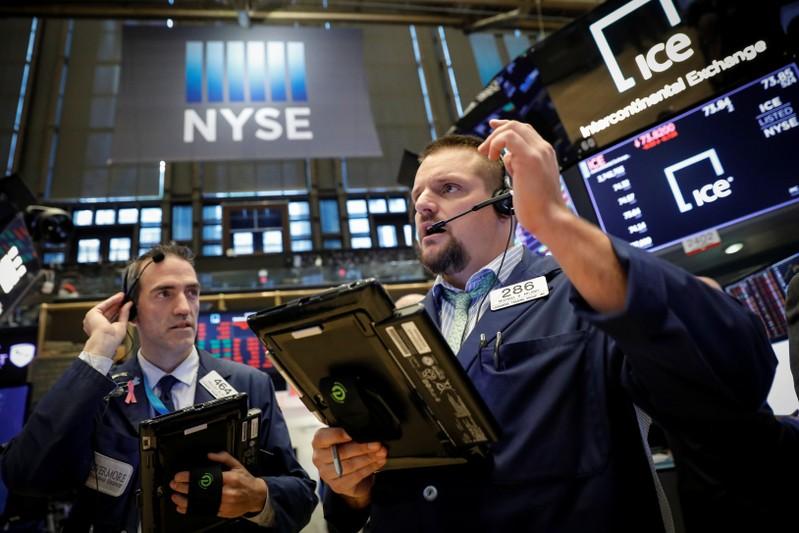 (Reuters) - The S&P 500 and the Dow industrials rebounded on Monday, helped by gains in lagging financial shares, but declines for big tech and Internet stocks kept the Nasdaq in check as investors grappled with a recent spike in market volatility.

The healthcare and consumer staples sectors also supported the S&P 500. Shares of software maker Red Hat Inc gave among the biggest boosts to the benchmark index, surging 42.6 percent after the company agreed to be bought by IBM Corp for $34 billion. IBM shares fell 2.4 percent.

Still, stocks had come off their session highs, with some of the major growth stocks, such as Amazon, Google parent Alphabet and Netflix, declining.

Investors are wary of any rally given increased volatility over the past month, stemming from higher interest rates and worries about the economy and trade tensions. The S&P last week flirted with correction territory.

"These growth stocks just got so over-valued it is only natural to see some air come out of that balloon. That could continue for a while," said Stephen Massocca, senior vice president at Wedbush Securities in San Francisco.

"But in terms of the rest of the market that doesn’t have those kinds of extreme valuations, I think we are probably pretty close to the end of the decline,” Massocca said.

The gains for financials, which rose 2.3 percent, could be a sign of so-called value stocks gaining more favor after losing out to growth stocks during the long-running U.S. bull market.

"People are looking at how beaten up bank stocks are and they're selectively picking names they feel good about," said R.J. Grant, head of trading at Keefe, Bruyette & Woods in New York.

Investors who are bullish about stocks point to strong corporate profits this year and economic strength. But there are also concerns about the extent of a slowdown in earnings growth next year, while weak housing data has raised some worries about the economy.

Data on Monday showed U.S. consumer spending rose for a seventh straight month in September, but income recorded its smallest gain in more than a year amid moderate wage growth, suggesting the current pace of spending was unlikely to be sustained.

Shares of carmaker Ford Motor Co rose 4.3 percent, while General Motors Co gained 3.2 percent after Bloomberg reported China was planning to cut the tax levied on car purchases by half.

Advancing issues outnumbered declining ones on the NYSE by a 1.99-to-1 ratio; on Nasdaq, a 1.65-to-1 ratio favored advancers.

(Additional reporting by Sinead Carew in New York and Shreyashi Sanyal in Bengaluru; Editing by Susan Thomas and Chizu Nomiyama)