By Medha Singh and Devik Jain (Reuters) - The S&P 500 and Dow slipped on Wednesday, as losses in financial stocks countered a boost from the technology sector, with focus now shifting to the Federal Reserve's first projections on the economy since the coronavirus outbreak. 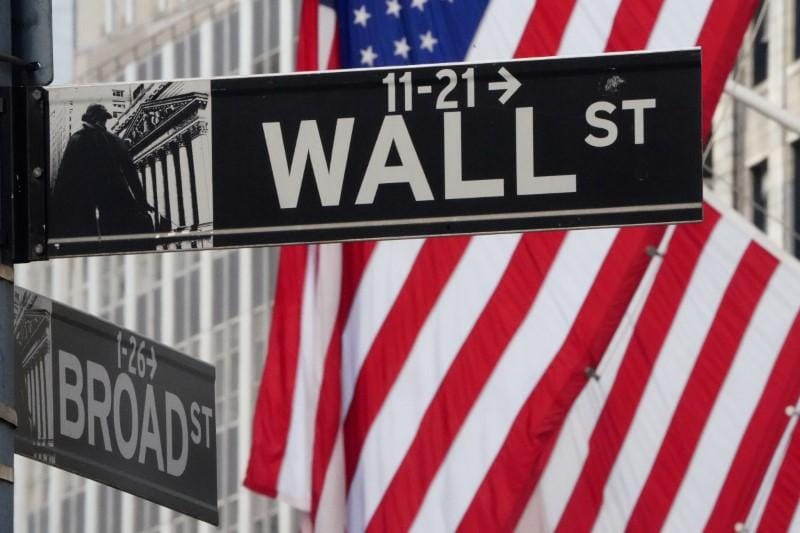 (Reuters) - The S&P 500 and Dow slipped on Wednesday, as losses in financial stocks countered a boost from the technology sector, with focus now shifting to the Federal Reserve's first projections on the economy since the coronavirus

The tech-heavy Nasdaq, by contrast, hit a record high for the fourth straight session, with gains for Microsoft Corp, Apple Inc and Amazon.com Inc driving a rally which has taken the index back into bull market territory.

The Fed concludes its two-day meeting on Wednesday, with investors expected to parse the outcome for signs on how long the central bank plans to maintain its ultra loose policy along with any plans to introduce yield control measures aimed at U.S. Treasuries.

The projections and the central bank's policy statement will be released at 2 p.m. (1800 GMT), followed by a press conference with Fed Chair Jerome Powell.

"If the Fed is going to control the yield curve, then stock valuations make much more sense than many people believe they do," said Brent Schutte, chief investment strategist at Northwestern Mutual Wealth Management Co.

A surge of more than 45% in the three main U.S. stock indexes, since falling sharply in March, has been underpinned by unprecedented monetary and fiscal stimulus measures and resulting hopes of an economic rebound.

Any hint that the Fed could rein in stimulus could derail the stock market's recovery in the past month.

The global economy will suffer the biggest peacetime downturn in a century before it emerges next year from a recession, the Organisation for Economic Co-operation and Development said on Wednesday.

"Markets are climbing a wall of worry, but that wall has a lot of holes in it," said Dan Genter, president and chief executive officer of RNC Capital Management LLC, in Los Angeles.

The S&P 1500 airlines index slumped 6.9% as J.P.Morgan analysts said the current pace of rise in U.S. airline stocks cannot be maintained for much longer.

Starbucks Corp slipped 4.8% as it expected current-quarter operating income to plunge by up to $2.2 billion, as well as sales declines for the rest of the year.

(Reporting by Medha Singh and Devik Jain in Bengaluru; Editing by Uttaresh.V and Shounak Dasgupta)