DUBLIN (Reuters) - Ryanair cabin crew in Portugal are set to strike for five days in August in a dispute over pay and conditions, the SNPVAC union said on Wednesday. The industrial action comes as Ryanair pilots in Ireland and the United Kingdom are holding ballots on a possible strike action in August. SNPVAC said it had not yet decided which days in August it would strike. 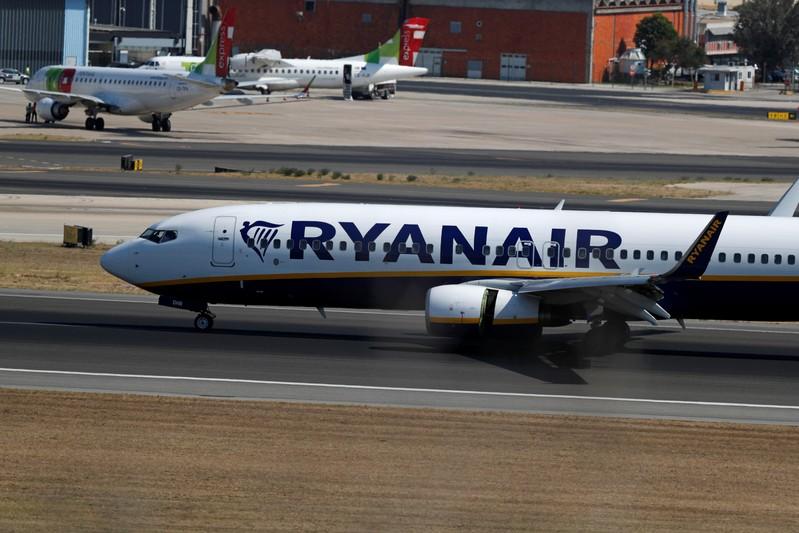 The industrial action comes as Ryanair pilots in Ireland and the United Kingdom are holding ballots on a possible strike action in August. SNPVAC said it had not yet decided which days in August it would strike.

Management say significant progress has been made since, with collective labour agreements concluded with a number of pilot unions throughout Europe.

But SNPVAC said Ryanair has refused to comply with a protocol signed last November, which it said included holiday pay, 22 days of annual leave per year and full compliance with Portuguese parental law.

"Facing the intransigence from Ryanair and the lack of interest of the Portuguese government on guaranteeing the fundamental labour rights to their citizens that work for Ryanair, the cabin crew had no other choice but to return to the industrial conflict," SNPVAC said in a statement.

Ryanair did not immediately respond to a request for comment.

(Reporting by Conor Humphries in Dublin; Editing by G Crosse and Matthew Lewis)