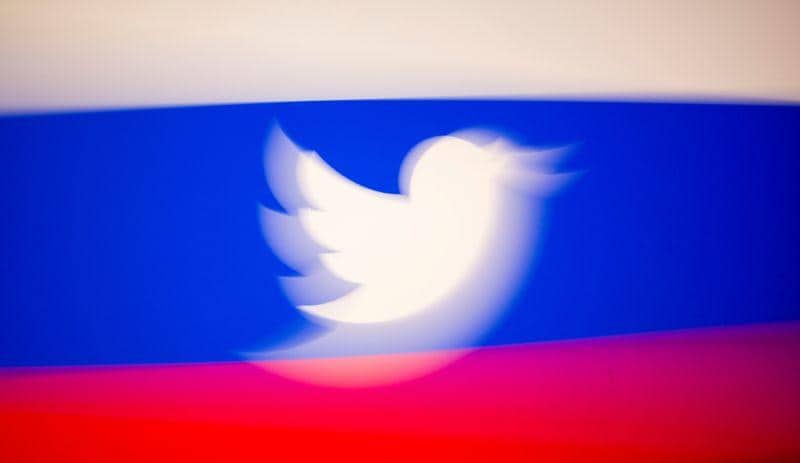 By Tom Balmforth and Alexander Marrow

MOSCOW (Reuters) - Russia said on Monday it would extend a punitive slowdown of Twitter until May 15, though it acknowledged the U.S. social media company had speeded up deletion of what Moscow calls banned content.

Moscow has traditionally taken a more hands-off role in policing the internet than neighbouring China. But as friction has grown this year over the arrest and jailing of Kremlin critic Alexei Navalny, it has signalled a tougher line.

Russia has since March impeded the speed of Twitter for not removing content it deems illegal, and threatened to block it entirely. Photos and videos take longer to load for some users.

However, in a statement on Monday, state communications watchdog Roskomnadzor said Twitter had held talks with Russian authorities on April 1, resulting in an agreement to give it more time and a recognition that banned content was being deleted more quickly.

"It was a productive discussion about how we can both work to ensure that reports of such illegal content are dealt with expeditiously," it said in a statement.

Roskomnadzor said that on average, Twitter was removing illegal content within 81 hours of receiving a request. That is still much longer than the 24 hours demanded in law.

Russian authorities have accused Twitter and others this year of failing to delete posts that Moscow said illegally urged children to take part in anti-Kremlin protests.

Twitter denies allowing its platform to be used to promote illegal behaviour, says its has a zero-tolerance policy for child sexual exploitation, and prohibits the promotion of suicide or self-harm.

After Russia announced the move to slow down its traffic, Twitter said it was worried about the impact on free speech.

Roskomnadzor has not said how it is slowing down Twitter, but internet freedom advocates say it likely involves policing traffic and deep packet inspection (DPI), a form of data processing that can block and reroute certain internet traffic.

Leonid Evdokimov, a technical expert at Roskomsvoboda, a group that monitors internet freedom in Russia, said the authorities looked more technically capable and that their to threat to block Twitter was likely more realistic.

Major social media companies have been embroiled in an increasing number of disputes not just in Russia, but around the globe as governments seek to curb their power.