The CBI on Friday arrested Chairman-cum-Managing Director of Pearls Group Nirmal Singh Bhangoo and three other top officials in connection with Rs 45,000 crore alleged scam in which crores of investors were duped. 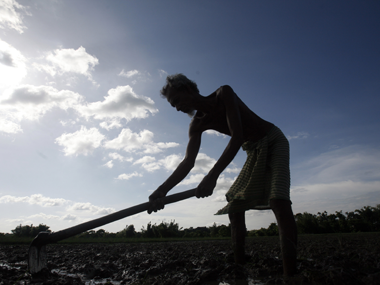 The sources said during the questioning they were giving inconsistent statements and stopped cooperating which resulted in their arrest.

"The case involves alleged collection of Rs 45,000 crore from about 5.5 crore investors all over the country.

The case was registered under sections 120 B (criminal conspiracy) read with 420 (cheating) of IPC," Gaur said. The investors were lured with the promise of huge returns.

Here are the key facts about the scam:

1) According to Sebi, which had attached of PACL assets and its directors and promoters in December, the company had raised Rs 49,100 crore from nearly 5 crore investors. Besides, PACL has another group firm PGFL which has "illegally mobilised more than Rs 5,000 crore and failed to refund the same in spite of directions of Sebi and SAT", the regulator said.

2) The mobilisation of funds by PACL Ltd traces back to 1990s. Upon receipt of a complaint, Sebi had first issued letters in November-December 1999 to PACL, advising it to comply with the provisions of the Sebi's CIS Regulations dealing with Collective Investment Schemes.

3) As of December 2015, PACL needs to refund more than Rs 55,000 crore to investors. This includes promised returns, interest payout and other charges. Add to this the Rs 5000 crore that PGFL has raised and the amount easily goes above Rs 60,000 crore. This is much higher than Sahara scam, in which the refund is now likely to be around RS 40,000 crore.

4) According to the SEBI order dated 22 August 2014, PACL was engaged in a ponzi scheme where it bought and sold agricultural land to investors promising high returns. The order said the company had "made arrangements to purchase the land through its 250 associate companies, in
order to circumvent the applicable laws of land ceilings as it could not have held such huge
stock of land through its direct holding".

5) As of 2013, the company had executed 19,284 sale deeds, says the Sebi order. In the guise of selling agricultural land, it collected Rs 49,100 crore from 5.85 crore customers over a period of 15 years. This is the biggest-ever amount, as also the largest number of investors, so far involved in a case found to be running illegal money pooling scheme.

6) "It is difficult for me to believe that a person in Uttar Pradesh will purchase 100-150 yds. of agricultural land 2,000 kilometers away. The lack of maintenance of proper records/ data is a clear indication that the activities of PACL are in the nature of ponzi scheme," Sebi whole-time member Prashant Saran said in the order.

7) Sebi had in September 2015 slapped its biggest ever on PACL when it asked the company and its 4 directors to to pay up Rs 7,269.5 crore for illegal and fraudulent mobilisation of funds from the public. Sebi had then said PACL made huge illegal mobilisation of money, leading to consequent profit to the tune of over Rs 2,423 crore in a short span of less than one year.

8) Sebi first issued a notice in November, 1999, to PACL, alleging that it "was operating CIS, wherein the funds of the investors were pooled and utilised towards the cost of land, registration expenses, developmental charges and other incidental expenses." The case later went to courts, while the Supreme Court passed an order in February 2013, directing Sebi to determine whether the business of PACL fell within the purview of CIS or not, and accordingly take further action in accordance with the law.

9) Sebi in its order on 22 August 2014 said that it found that that "the business business/ activities/ schemes/ plans offered and operated by PACL are Collective Investment Schemes, satisfying all the ingredients specified under Section 11AA of the Securities and Exchange Board of India Act, 1992". It also asked the company to wind up all its CISs and also refund all the funds raised from investors. PACL had approached the Securities Appellate Tribunal. The tribunal, in August 2015, upheld the markets regulator's order against the company. Further, PACL was directed to comply "with directions contained in the impugned order of Sebi dated August 22, 2014 within a period of three months."

10) The crackdown on PACL is clear signal of the authorities' resolve to deal with illegal investment schemes sternly. As the Reuters report reckons, the regulators have stepped up scrutiny of unregistered investment products over the past two years, plugging regulatory loopholes that had long allowed unregulated entities to raise billions of dollars from small investors.