By Paul Sandle LONDON (Reuters) - The bill to fix Rolls-Royce's Trent 1000 engine has risen by another £800 million as the aerospace group battles to reduce disruption to airline customers that have had to ground Boeing 787 passenger planes for repairs. The British engineer said on Thursday its operating profit and cash flow this year would come in at the bottom of its guidance - both at about £600 million - as the cost of the Trent 1000's problems rose to £2.4 billion for 2017-2023. Chief Executive Warren East said Rolls would spend more on parts and replacement engines to reduce the time aircraft are grounded while turbine blades are replaced. 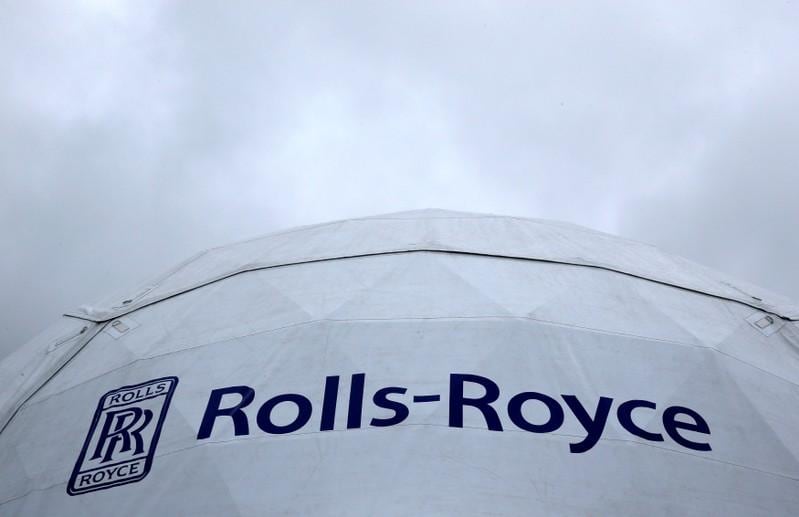 The British engineer said on Thursday its operating profit and cash flow this year would come in at the bottom of its guidance - both at about £600 million - as the cost of the Trent 1000's problems rose to £2.4 billion for 2017-2023.

Chief Executive Warren East said Rolls would spend more on parts and replacement engines to reduce the time aircraft are grounded while turbine blades are replaced.

"We want to get planes back into the skies faster, giving (airlines) much better visibility of when engines need to be serviced and better confidence in scheduling, and providing clarity to investors," he told reporters.

He said the plan meant Rolls could keep its promise of reducing the number of aircraft on the ground to single digits by the second quarter of 2020 and maintain it at that level.

The Trent is one of two engine options for the 787, which can also be powered by rival GE Aviation's

Emirates President Tim Clark said in September he was "a little bit irritated" with reliability issues at Rolls and GE, adding he would not commit to ordering 787s as there was no stability in Rolls' engine programme.

East said the Trent 1000 problem was durability rather than reliability, but the company had struggled to fix one issue on blades on the TEN variant. The solution it had found would require additional investment in maintenance capacity across a number of sites and spare engines to reduce disruption, he said.

The final fix for Trent 1000 TENs had been planned for next year, but a blade of "acceptable durability" was unlikely until the first half of 2021, East said, and the engines would need to be serviced every four years rather than five.

"With these additional costs, a small number of the contracts we have today do flip into loss-making territory," he said.

Chief Financial Officer Stephen Daintith said around three contracts would be unprofitable, and the losses made up about half of an exceptional charge of about £1.4 billion it expected to take in 2019.

Daintith said he believed the extra costs drew a line under the financial hit from the Trent 1000.

"For both airlines and shareholders, things seem to have been grabbed by the scruff of the neck," they said.

In its Power Systems unit, however, he said a small number of larger projects had been deferred until next year and as a result sales growth this year would to be in the low- to mid-single-digit range.

Despite the Trent 1000 problems, East said he still expected 2020 free-cash flow of at least £1 billion and was still confident Rolls could achieve £1 per share of free cash flow in the medium term as Trent 1000 costs subside, inventory is reduced and the company becomes more efficient.