Roche 'steps up' for gene therapy with $4.3 bln Spark bet 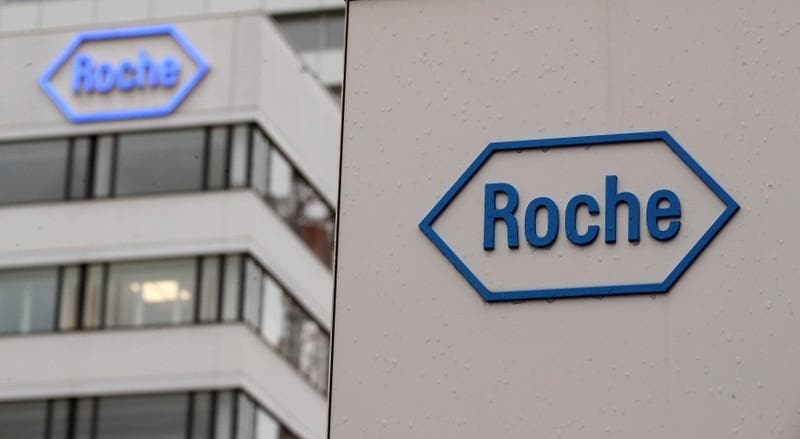 Roche will pay $114.50 per share for Spark, more than twice the U.S. company's closing price on Feb. 22, for a portfolio that includes a blindness treatment that has U.S. and European approval and other projects for haemophilia and neurodegenerative disorders like Huntington's disease.

Basel-based Roche is buying Spark as rivals, including Novartis, also move aggressively into gene therapy, where treatments for rare, inherited diseases command some of the highest prices in medicine. Spark's blindness therapy Luxturna is priced at $850,000 per patient.

"We've been watching this space for quite some time. We just feel it's now the right time to step up," Schwan told Reuters in an interview.

Schwan is counting on new medicines, including gene therapies, to help compensate for patent losses on his $21-billion-per-year trio of cancer medicines Rituxan, Herceptin and Avastin, that are facing competition from cheaper copies.

Roche, the biggest cancer drugs maker, was late to the game in immuno-oncology where Merck's Keytruda is becoming the dominant player and has eclipsed Roche's own product, Tecentriq, that seeks to harness the body's immune system to fight cancer.

Bank Vontobel analysts said the Spark deal gives Roche a proven platform for commercialising gene therapies, but did not come without risks -- including getting beaten to market by rivals with similar treatments in the works.

Gene therapies use specially engineered viruses, or viral vectors, to deliver genetic material into defective cells, in hopes of improving or potentially even curing an inherited condition.

Luxturna, sold in the United States by Spark and elsewhere by Novartis after its approval in 2017, targets a rare genetic disease, Leber's congenital amaurosis, that causes blindness in about 1 in 200,000 people.

Loss-making Spark had $51.6 million in revenue in the first nine months of 2018 from Luxturna and also had income from a deal with Pfizer, which it is partnering on another gene therapy for haemophilia B.

Philadelphia-based Spark's shares are up about 30 percent this year. The U.S.-company's stock tumbled last year after two of 12 patients showed an unfavourable immune response when treated with a higher dose of Spark's haemophilia therapy SPK-8011.

Schwan said Roche was satisfied that the issues that emerged could be addressed with steroid treatment.

Novartis has made gene therapy one of its focus areas, giving it a head start on Roche. U.S. approval of Novartis's SMA medicine is slated for coming months.

Among Spark's top drug hopefuls is SPK-8011, for haemophilia A, expected to start Phase 3 trials in 2019. It is also working on treatments for Pompe disease, blindness-causing choroideremia and Huntington's disease.

"The needs of patients and families living with genetic diseases are immediate and their needs vast," Spark Chief Executive Jeffrey Marrazzo said.

Roche already sells Hemlibra against haemophilia A that helps stop bleeding in patients with the genetic disorder that prevents their blood from clotting. Hemlibra, approved in 2017, had 224 million Swiss francs ($224.18 million) in sales last year.

Schwan said he was not worried about gene therapy and Hemlibra cannibalising sales from each other. "Our best guess is, it is complementary and that actually patients will need both options -- a medicine like Hemlibra, and increasingly over time, gene therapy," he said.