BENGALURU (Reuters) - An increase in government borrowing runs the risk of flooding the debt market, while making it expensive for companies to borrow, according to outgoing Reserve Bank of India Deputy Governor Viral Acharya. 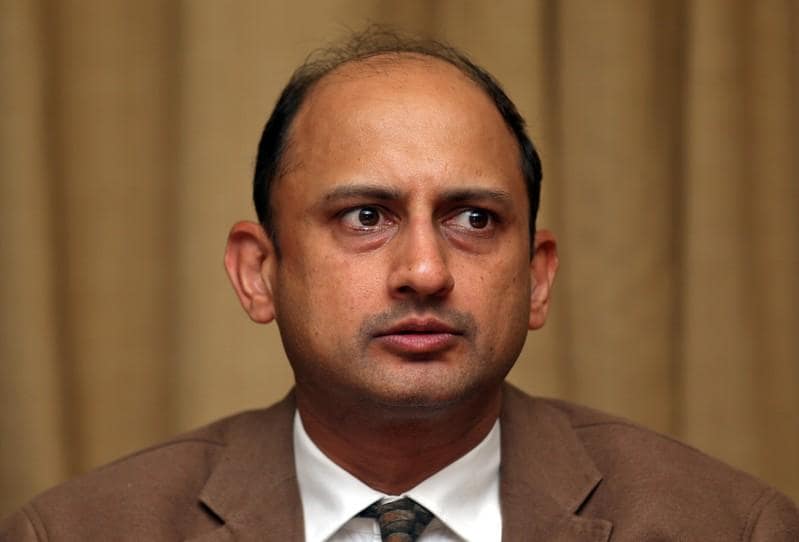 BENGALURU (Reuters) - An increase in government borrowing runs the risk of flooding the debt market, while making it expensive for companies to borrow, according to outgoing Reserve Bank of India Deputy Governor Viral Acharya.

In a lecture shared by the RBI late on Monday, Acharya said India's borrowing relative to its output has ranged from 67% to 85% since 2000 and has outpaced many emerging markets including China.

Acharya is leaving the central bank on Tuesday, six months before the scheduled end of his term in office, citing personal reasons.

The Reserve Bank of India (RBI) cut the repo rate

India should cut back on subsidies and programs that are not delivering long-term growth and divest more of its public sector holdings, Acharya said.

"The much-needed land, labour and agricultural reforms could be undertaken, all of which can help crowd-in private sector growth," Acharya said.

There could be efficiency gains if there are more private investors playing an effective role in the governance of public sector enterprises, he added.

Aiming to attract investments, which are at its lowest level in years, Prime Minister Narendra Modi's government has proposed giving foreign investors a bigger role in India's insurance and aviation sectors, which have been tightly controlled for decades. https://reut.rs/30RHo9j

(Reporting by Ismail Shakil in Bengaluru; Editing by Anil D'Silva)