By Paul Sandle and Kate Holton LONDON (Reuters) - Thomas Cook sold tens of millions of Britons a summer holiday to remember with the slogan 'Don't just book it, Thomas Cook it'. But behind the glossy brochures, it was struggling to adapt to market changes: while taking over rivals delivered short-term savings, it propelled the British brand towards a $2.1 billion debt pile that would ultimately seal its fate 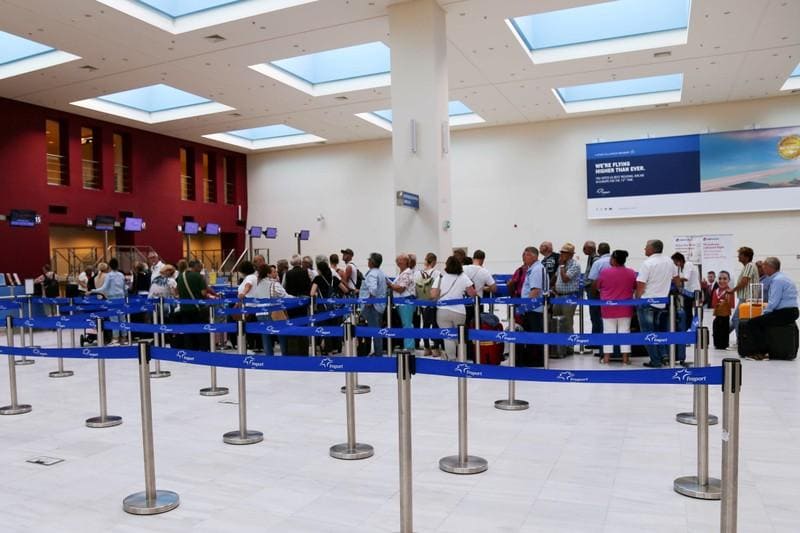 By Paul Sandle and Kate Holton

LONDON (Reuters) - Thomas Cook sold tens of millions of Britons a summer holiday to remember with the slogan "Don't just book it, Thomas Cook it".

But behind the glossy brochures, it was struggling to adapt to market changes: while taking over rivals delivered short-term savings, it propelled the British brand towards a $2.1 billion debt pile that would ultimately seal its fate.

It narrowly avoided collapse in 2011 when, reeling from the Arab Spring, Icelandic volcano and a squeeze on British incomes, it had to beg for a 200 million pound ($249 million) lifeline.

Eight years later it was in the same position, but its creditors had had enough. With the business draining cash, Chief Executive Peter Fankhauser found its lenders, bondholders and even the government were no longer willing to step in.

Its collapse in the early hours of Monday left hundreds of thousands of people stranded at holiday destinations around the world and the British government leading the biggest peacetime repatriation in British history.

One person familiar with the situation said lenders and bondholders had backed Thomas Cook through the busy summer months, when up to 2 million people were on holiday in peak weeks, and then pulled the plug at the first opportunity.

"It wasn't a deal (the lenders) wanted to do," the person said, speaking on the condition of anonymity. "It is exposed to events that can't be predicted, they didn't understand it."

The British government decided Thomas Cook was a bet it did not want to take after the banks had lost patience.

Media reports in recent weeks had prompted suppliers to call in debts and future customers to go elsewhere, draining the business of the cash it needed to continue. "It got to a full scale run on the business," the person said.

The pressure on the balance sheet stemmed from the 2007 merger of Thomas Cook, which was German owned at the time, with Airtours-brand owner MyTravel, creating a 2.8 billion-pound group.

Both companies had survived an industry downturn a few years earlier by slashing jobs, and boss Manny Fontenla-Novoa delivered more cuts, helping him to take home 7 million pounds in 2008 as his reward.

By betting on size, the company had burdened itself with expensive shops just as more customers were moving online.

In 2010, the industry was rocked by disruption from the Icelandic volcanic ash cloud and the Arab Spring, leading to a string of profit warnings.

Fontenla-Novoa quit in 2011, after he had earned 17.2 million pounds during his tenure.

Months later the company agreed a 200 million pound loan from lenders, with an eye-watering 6% interest, rising 0.5 percentage points every quarter.

Harriet Green was hired in 2012 to lead a turnaround, after telling the chairman "I think you need me".

After cutting the cost base she left suddenly two years later, having increased the value of the group from 148 million pounds to just under 2 billion pounds. She earned nearly 4.9 million pounds.

Company insider Fankhauser took over. He apologised for the tragic deaths of two children while staying at a hotel booked through Thomas Cook in 2006, and initiated an independent review of its customer service.

He also reduced the company's portfolio of hotels and jettisoned Club 18-30, a "sun, sea and sex" brand that reached a zenith in the 1990s but felt increasingly dated.

However, he was forever boxed-in by the company's $2.1 billion debt, which required the group to sell 3 million holidays to service.

He agreed the main terms of a rescue deal from its largest shareholder, China's Fosun Tourism, last month, but was unable to secure 200 million to keep operating through the winter.

In May of this year the company wrote off the value of the MyTravel deal, some 12 years after the tie-up.

Alarmed by the rate at which the business was burning through cash and with the tough winter period ahead, its stakeholders pulled their support. In desperate meetings held over the weekend, it even asked credit card companies to release 50 million pounds held as collateral against its bookings.

"There was no way to prevent this collapse," a second source familiar with the situation said. "What else was left to do?"

The last passengers on a Thomas Cook flight landed in Manchester, England, on Monday morning, as customers and staff tried to come to terms with the loss of a company that, founded in 1841, had brought much joy to millions.

"I feel sorry for the reps", he said. "For us it's an inconvenience, for them, it's their livelihoods."