By Sinéad Carew NEW YORK (Reuters) - The Dow Jones Industrial Average and the S&P 500 fell from record levels on Tuesday as dour forecasts from retailers Home Depot and Kohl's fuelled worries about consumer spending and the U.S.-China trade dispute dragged on. 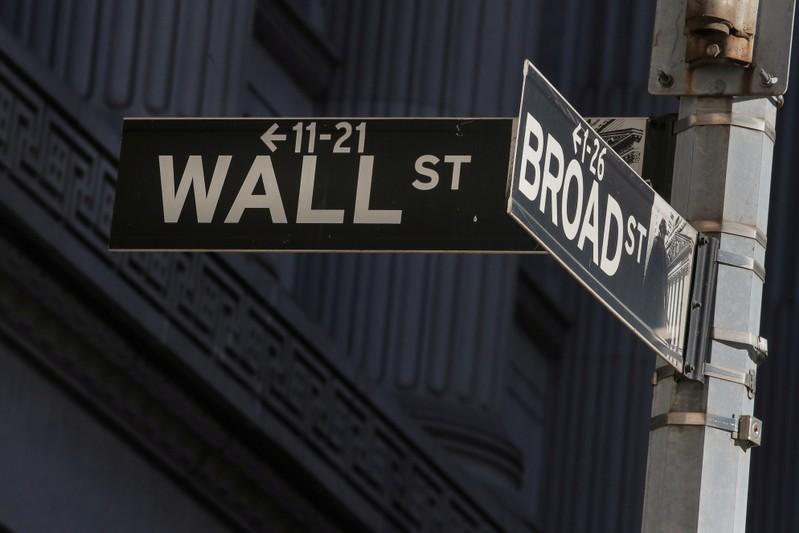 NEW YORK (Reuters) - The Dow Jones Industrial Average <.DJI> and the S&P 500 <.SPX> fell from record levels on Tuesday as dour forecasts from retailers Home Depot and Kohl's fuelled worries about consumer spending and the U.S.-China trade dispute dragged on.

U.S. President Donald Trump on Tuesday threatened to escalate the trade war by raising tariffs on Chinese imports if no deal is reached with Beijing.

Expectations of a U.S.-China trade deal and a largely better-than-expected third-quarter corporate earnings season had fuelled an equities rally in recent weeks that helped all three indexes set record highs. Nasdaq barely extended its record on Tuesday with a 0.24% gain.

"The market wants to move up but there's too much gravel in the path," said Brad McMillan, chief investment officer for Commonwealth Financial Network, an independent broker-dealer in Waltham, Mass.

The weak retailer forecasts came as investors are laser focused on consumer spending as the key to U.S. economic growth.

"Is the consumer really going to show up in the fourth quarter? I'm less convinced than I was in a couple of weeks ago," said McMillan.

Public hearings for the impeachment inquiry against Trump, also added to uncertainty, the money manager said. On Tuesday a White House official said the president's request that Ukraine investigate a domestic political rival was an improper "demand," and he fended off Republican efforts to cast doubt on his competence and loyalty to the United States.

"We continue to see the news come out against the president and from a market perspective that's a negative. On a slow day its not going to make people feel good," said McMillan.

The energy sector <.SPNY> was the S&P's biggest percentage loser with a 1.5% drop as oil prices fell on concerns about excess global supply and the demand outlook due to a lack of progress in the U.S.-China trade dispute. [O/R]

Investors will be watching for earnings reports from other retailers, including Lowe's Cos Inc

They will also look for more details on the Fed's monetary policy stance from Wednesday's release of the central bank's minutes from the latest policy meeting, in which it cut interest rates for the third time this year but signalled it may be done with rate easing for now.

Declining issues outnumbered advancing ones on the NYSE by a 1.04-to-1 ratio; on Nasdaq, a 1.46-to-1 ratio favoured advancers.

Volume on U.S. exchanges was 6.70 billion shares compared with the average of 6.94 billion for the last 20 sessions.