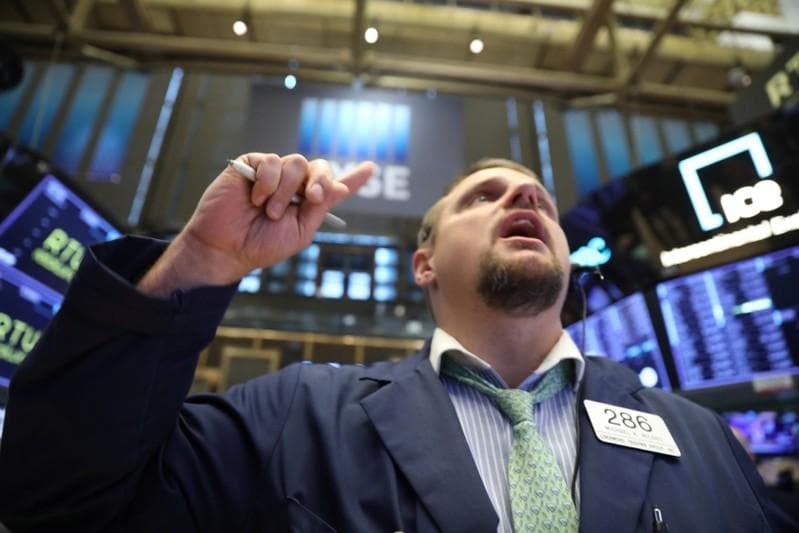 NEW YORK (Reuters) - U.S. stocks extended their recent selloff on Tuesday, with the S&P 500 hitting a three-week low, as energy shares dropped with oil prices and retailers including Target and Kohl's sank after weak earnings and forecasts.

Warnings from retailers added to caution for investors, already on edge over recent sharp losses in technology shares, a slowdown in global growth, peaking corporate earnings and rising interest rates.

"Despite what has been a pretty good earnings season, people are looking ahead to next year and are worried about a slowdown," said Mark Kepner, equity trader at Themis Trading in Chatham, New Jersey.

"It's sell first, ask questions later at this point."

The S&P 500 and Dow slipped into negative territory for the year, and the Nasdaq fell to its lowest level in more than seven months.

The S&P energy index <.SPNY> tumbled about 3 percent and led sector losses as U.S. oil prices ended the day down 6.6 percent amid concerns about rising global supplies. The S&P 500 retail index <.SPXRT> lost 2.3 percent, on track for its eighth straight session of losses.

Among other retailers, home improvement chain Lowe's Cos Inc

Signs of cooling demand for iPhones have wide-ranging implications for technology and internet companies.

Should Apple's loss hold through the day, its shares would have lost more than 20 percent of their value, or around $250 billion, since its Oct. 3 record closing high.

Declining issues outnumbered advancing ones on the NYSE by a 5.85-to-1 ratio; on Nasdaq, a 3.10-to-1 ratio favoured decliners.