By Gilles Guillaume PARIS (Reuters) - Renault's interim chief executive Clotilde Delbos has applied to take the job on a permanent basis, two sources familiar with the matter said, as the French carmaker edges towards a shortlist likely to also feature several external candidates. Financial chief Delbos was propelled to the job on a temporary basis after CEO Thierry Bollore's ousting in mid-October, as Renault and its Japanese partner Nissan clear the decks of managers closely associated with the Carlos Ghosn era. 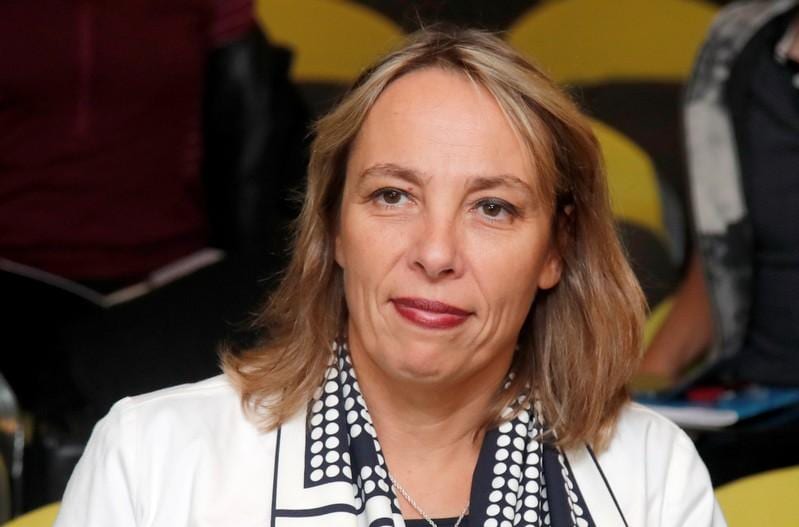 PARIS (Reuters) - Renault's interim chief executive Clotilde Delbos has applied to take the job on a permanent basis, two sources familiar with the matter said, as the French carmaker edges towards a shortlist likely to also feature several external candidates.

Financial chief Delbos was propelled to the job on a temporary basis after CEO Thierry Bollore's ousting in mid-October, as Renault and its Japanese partner Nissan clear the decks of managers closely associated with the Carlos Ghosn era.

Ghosn, who chaired the alliance between the two companies, was arrested in Japan a year ago on financial misconduct charges he denies, and Renault

Delbos, who joined Renault in 2012, had put herself forward for the CEO job but was not certain to feature on the shortlist of frontrunners, despite being one of the few likely internal candidates, one of the sources said.

That selection, which would comprise around three names, is expected to be turned over to the group's nominations committee in the coming days, the source added.

The French carmaker, chaired by Jean-Dominique Senard, a former executive at tyre maker Michelin parachuted in following the Ghosn scandal, is expected to choose a new CEO by year-end so that the group can try and fully refocus on its operations.

Like many peers, both Nissan and Renault are struggling with falling sales in a faltering global auto market.

Several heavyweight external candidates have been cited as good fits for Renault, and the French government, which has a 15% stake in the carmaker, has already made clear it was not opposed to a non-French national getting the job.

Didier Leroy, a senior Toyota executive who was already seen as a potential replacement for Ghosn when the latter was close to departing last year, has once again been cited in the recruitment process, two other sources close to the situation said.

"I do not pay attention to these rumours and remain 100%focused on my job at Toyota, where I enjoy a very trustful relationship with Akio Toyoda," Leroy said, referring to Toyota's president in a statement sent to Reuters through the Japanese carmaker.

One of the sources said that Patrick Koller, the Franco-German CEO of car parts maker Faurecia, and Luca de Meo, the Italian boss of Volkswagen-owned SEAT, also ticked many of the boxes for recruiters, namely as both spoke French.

"Luca de Meo is fully committed to SEAT, as he himself has stated on several occasions since he was appointed company President in 2015," SEAT said in a statement.