By Subir Ghosh and Paranjoy Guha Thakurta, Special to Firstpost

Can a potential Rs 17,500 crore penalty for gross violation of the Insurance Act be whittled down to Rs 20 lakh?

Surely not, one may say. But this, in fact, is exactly what the Insurance Regulatory and Development Authority (Irda) has done for Reliance General Insurance Co, an Anil Ambani group company.

Simply put, this is the violation. Reliance sold 3.5 lakh health insurance policies without informing Irda - which is illegal. So when Irda found this out, in an order dated 23 July 2009, it pointed out that it could levy Rs 5 lakh for each policy - but chose not to do so.

The order said: "Under the provisions of section 102(b) of the Insurance Act 1938, the company would be liable for a penalty not exceeding Rs 17,500 crore." 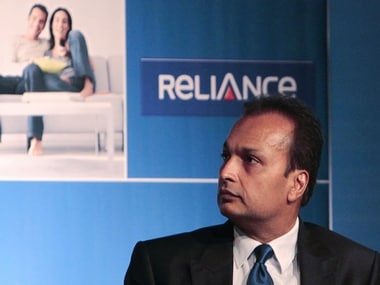 But, obviously conscious of the fact that a Rs 17,500 crore penalty would sink any company, the regulator whittled it down to Rs 20 lakh, in a "judicious exercise of the powers and the discretion vested in the authority" under section 14 of the Irda Act 1999 read with section 102(b) of the Insurance Act, 1938."

Firstpost checked to see if similar discretion is exercised in other cases. In another 2009 case, HDFC Ergo was penalised Rs 5 lakh for not fulfilling its rural sector coverage quota by 137 policies. Again the penalty was a maximum of Rs 5 lakh for each instance. But, in this case, instead of a maximum levy of Rs 6.85 crore, Irda used its discretion to levy only Rs 5 lakh on HDFC Ergo.

The wide variance in the use of discretionary power in these two instances - Rs 17,500 crore whittled down to Rs 20 lakh, and Rs 6.85 crore to Rs 5 lakh - suggests that the scope of discretion and its proportionality in connection with the transgression needs to be more transparent.

Irda is chaired by J Hari Narayan, who retired from the Indian Administrative Service in 2008 as Chief Secretary, Andhra Pradesh.

Repeated e-mail messages over more than two weeks in late-November and early-December to the Irda chairman seeking clarifications on what this "judicious exercise and discretion" meant evinced no response.

Responding to an email message, Sharad Goel, senior vice-president, corporate communications, at Reliance ADAG, spoke on the phone to one of the writers of this article. He said he would get back with a response after checking "old" records but did not, despite reminders.

Here's the background to the story.

In December 2005, Reliance General Insurance filed a healthcare product called Reliance Health Care Policy before Irda. This was approved in February 2006. This policy sought to provide insurance cover under various health conditions subject to specified exclusions at a specified range of prices.

In September 2006, Irda issued revised guidelines for 'File and use' specifying various procedural requirements. These required the prior approval of Irda in case of a change in name or any other terms and conditions or an increase in the price of the product.

In January 2008, it was brought to the notice of Irda that Reliance General was selling a policy called Reliance Health Wise Policy which had not been approved by it. On being asked, the insurer admitted that it had introduced the policy earlier as Reliance Health Care Policy, and that in 2007 it had reintroduced it under a new name and at new prices.

A show-cause notice was subsequently issued by Irda on 13 April 2009. Reliance General Insurance officials presented their case to the regulator, which found that the insurer had violated clauses 4 and 9 of the Irda 'File and Use' guidelines.

The provisions provide for levying a penalty not exceeding Rs 5 lakh for each violation. Since Reliance General Insurance had already sold 3,50,000-and-odd policies by that time, each policy sold constituted a violation. The entire fine would have amounted to a maximum of Rs 17,500 crore.

Reliance argued that the company had reverted to the original approved rate of 2005 and that it had refunded Rs 1.07 crore to policyholders. The Irda order of 23 July 2009, however, had specifically said that the claim made by the company had not been supported by documentary evidence, but still used its discretion to fine the company Rs 20 lakh.

This episode raises a number of questions. All these were put forward to the head of the Irda but neither he nor any of his colleagues responded to repeated email messages.

Though Reliance General Insurance claimed to have refunded Rs 1.07 crore to policy-holders without furnishing any documentary evidence, it remains unknown whether such evidence was provided subsequently, or any certification from their statutory auditors obtained.

At Rs 20 lakh, the penalty for each violation effectively comes to Rs 5.70 paise when the law provides for a maximum of Rs 5 lakh for each failure, and punishable with fine and imprisonment.

In this case, only a penalty had been imposed, but there was no mention of a fine. Insurance industry sources point out that the fine could have acted as a deterrent for future violations.

What would happen to a person who purchased this particular insurance policy product from Reliance in this period and his money was thereafter returned to him? What if thereafter this person suffered a heart attack and survived? If this individual had not bought a new policy with another insurance company before his heart attack, he would have received no compensation for his medical expenses.

But what is an even bigger cause for concern is that Reliance General Insurance could sell 350,000 policies and file monthly returns with Irda about the sales without the latter even realising what was going on. Irda may have eventually fined Reliance, albeit very lightly, but what is also clear is that policyholders' interest were violated blatantly and with impunity.

According to Irda's own published figures, during 2009-10, in the list of complaints registered directly by non-life insurers, Reliance General Insurance topped the chart of 24 companies with 65,160 complaints reported out of a total of 1,86,615 complaints.