Reliance Industries halts oil exports to Venezuela, will not resume sales until US sanctions are lifted

New Delhi: Reliance Industries Ltd, operator of the world’s biggest refining complex, said on Wednesday it had halted supply of diluents to Venezuela’s national oil company PDVSA and will not resume such sales until sanctions are lifted.

PDVSA was importing about 100,000 bpd of naphtha, mostly from the United states, to dilute up to 400,000 bpd of extra heavy oil and make it exportable.

Reliance, an Indian conglomerate controlled by billionaire Mukesh Ambani, has significant exposure to the financial system of the United States, where it operates some subsidiaries that are linked to its oil and telecom businesses among others.

Reliance has not increased oil purchases from Venezuela, the company said in response to a Reuters email seeking comment.

Ship tracking data obtained by Reuters showed that Reliance averages purchase from Venezuela were below 300,000 bpd in 2018 and in January this year. 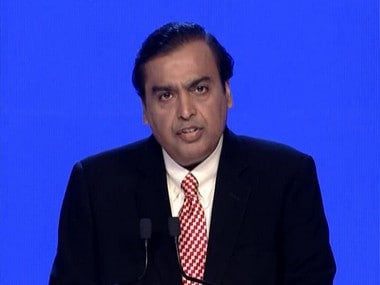 “Our US subsidiary has completely stopped all business with Venezuela’s state-owned oil company, PDVSA, and its global parent has not increased crude purchases,” it said.

The administration of US President Donald Trump imposed sweeping sanctions on PDVSA in January, aimed at severely curbing the OPEC member’s crude exports to the United States to pressure socialist President Nicolas Maduro to step down.

“Since the US government imposed sanctions on the government of Venezuela in late January 2019, Reliance Industries Ltd has been in close contact with representatives from the US State Department to ensure full compliance,” Reliance said.

The Indian market is crucial for Venezuela’s economy because it has historically been the second-largest cash-paying customer for the OPEC country’s crude, behind the United States.

“We will continue a constructive dialogue with the US government to ensure Reliance remains in compliance,” it said.

“We are asking the same thing of India as we are of every country: do not be the economic lifeline for the Maduro regime,” Pompeo said.