By Krishna V Kurup and Sankalp Phartiyal BENGALURU/MUMBAI (Reuters) - India's Reliance Communications Ltd (RCom) said on Monday it had paid Sweden's Ericsson for a contract in line with a court order but a deal to sell assets to Reliance Jio Infocomm had fallen through. 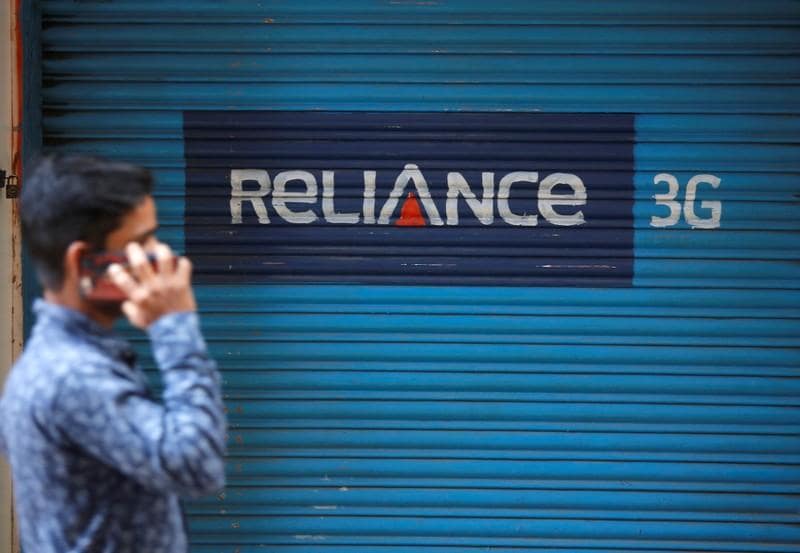 BENGALURU/MUMBAI (Reuters) - India's Reliance Communications Ltd (RCom) said on Monday it had paid Sweden's Ericsson for a contract in line with a court order but a deal to sell assets to Reliance Jio Infocomm had fallen through.

The company, controlled by Anil Ambani who could have faced jail if the Ericsson payment was not made, has struggled under heavy debt. It reported a string of losses and closed its mobile business due to a price war with Jio, which is backed by Anil's elder brother Mukesh Ambani.

RCom had planned to sell airwaves and mobile masts to Jio, and real estate to other buyers for 181 billion rupees ($2.64 billion) in a bid to shore up its finances.

But RCom said the airwaves deal had been called off by "mutual consent" due to objections from India's telecom department and more than 40 of the company's foreign and domestic lenders.

After failing to sell assets, RCom's lenders have asked the company to return to the bankruptcy court to resolve its debt issue, the company said.

RCom said in a statement it had made the requisite payments plus interest to Ericsson.

Ericsson said RCom paid it dues of 4.62 billion rupees, the balance of funds that it was owed. RCom had already deposited 1.18 billion rupees due to Ericsson with the Supreme Court in February.

In its statement on the Ericsson payment, Anil Ambani thanked his billionaire brother "for standing by me during these trying times, and demonstrating the importance of staying true to our strong family values by extending this timely support".

The Supreme Court had ordered Anil Ambani and two RCom directors to pay Ericsson within four weeks or face a three-month jail term for contempt of court.

The court had found RCom's chairman guilty of contempt of court for failing to pay the Swedish telecom equipment maker.

The Swedish firm approached the court in 2018 over the unpaid dues from a deal it had signed in 2014 to manage and operate RCom's network.