Mumbai: Days after RBI Governor Raghuram Rajan flagged concerns on emerging financial instruments, including crowd-funding, his deputy SS Mundra today said there is a need for bringing in a legislation to regulate electronic fund raising platforms.

"It is near impossible to regulate the behaviour and choices of individuals... hence, it will be more practical for the regulatory authorities to bring in appropriate regulatory changes in their jurisdictions, which would enable regulation of the aggregators' electronic dealing platforms," Mundra said at the concluding day of the annual bankers summit Fibac in Mumbai. 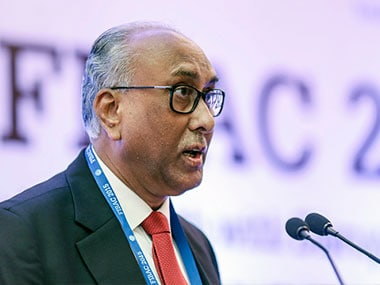 The remarks were made in the context of peer-to-peer lending, a flourishing system of lending money to unrelated parties gaining popularity in the West, and crowd-funding which has already started in the country with platforms like Ketto, Wishberry and Start51 among others.

Mundra said bringing in regulations for electronic platforms will make it easier to regulate their activities.

The need, he said, is to regulate such disruptive innovations for the orderly growth of the market.

Speaking at an event last week, Rajan had flagged concerns on crowd-funding, saying, "One of my worries about crowd-funding is that it works while going is good. But when you have to recover (funds), who is going to recover and does it happen especially in an environment where enforcement is
difficult in the first place."

Mundra acknowledged that such activities are in their infancy, but have the potential to grow into having significant presence.

"As a regulator, one may not be overtly concerned about the manner in which the finance is raised, but there are concerns around the orderly growth of the system, consumer protection and grievance redressal, disaster recovery and business stability plans for the intermediating electronic platforms," the banker said.

Mundra also said there is a need for restricting "harmful disruptions" and also asked the innovators to first show the product to the regulator before introducing it in the markets, promising an early clearance for the same.

He also spoke about other emerging innovations, including virtual currencies (like Bitcoins), setting up of online lending companies by e-commerce players and high frequency trading, among others and pointed out that there are some concerns in all of them.

"Unbridled proliferation of virtual currencies, particularly the decentralised ones, could have implications for central banks in terms of money supply estimates and consequently for monetary and exchange rate policies," he said, adding that it needs to be "monitored closely."

High frequency trades and Algo trading reduce the resilience of the market in a stress situation and also needs focused monitoring for erroneous trades and market manipulation.

Apart from these, there is also an emerging trend of having "electronic currencies", wherein vendors claim to have developed algorithms for issue of digital tender which can be issued by a central bank in a secured fashion.

Mundra further said one such company has made a product presentation before RBI as well, and added that we are yet to have any central bank adopt it.

There is a need for financial sector regulators across the world to coordinate closely and share case studies on the emerging trends, he added.