Mumbai: Bankers were surprised at the Reserve Bank of India (RBI) hitting the pause button despite a steep fall in growth, and opined that inflation seems to have been fore-grounded by the rate-setting panel's unanimous decision.

He, however, also said this is the "most appropriate" move as monetary policy works with a lag when it comes to transmission. The steep reduction in growth estimate for the current year to 5 percent and lower forecast for the next is indicative of a slow recovery, he added. 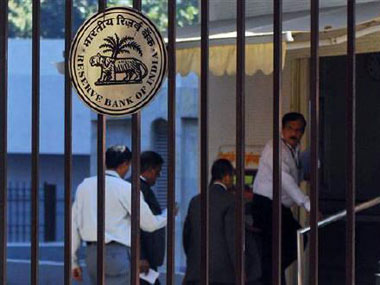 The RBI wishes to see the lagged impact of its 1.35 percentage points rate cut till October to play out before moving on the rates further, he said, adding transmission can be faster now as banks chase the fewer people who are queuing up for loans given the economic gloom.

Kotak Mahindra Bank's Shanti Ekambaram also said the transmission process is likely to improve further, but added it is "interesting" to see the pause call was unanimous for the six-member panel.

"Inflation and fiscal deficit trajectory will probably be the guiding force for future rate decisions," she said.

Microlender-turned-universal lender Bandhan Bank chairman CS Ghosh said though the pause was against market expectations, it has to be seen in the context of a rise in retail inflation projections by RBI.

Tata Capital's Rajiv Sabharwal is surprised at the RBI's move but added this is aligned with inflation trends.

However, his peer Umesh Revankar of Shriram Transport Finance, said the pause was expected given the high quantum of liquidity in the system and limited transmission of the earlier rate cuts.

"We expect private capex to make an entry due to corporate tax cut and banks to start lending aggressively to reduce liquidity," he said.

The SBI chairman also welcomed steps on the regulatory side, including the steps announced for urban co-operative banks, saying these measures will increase the confidence of the public in these lenders and also the moves to help develop secondary market for corporate loans.