(Reuters) - Ralph Lauren Corp said on Tuesday it would cut 15% of its global workforce by the end of this fiscal year as the luxury retailer strives to lower costs and ride out the impact of COVID-19 on sales and shopping habits. The New York-based fashion house, which has 530 stores globally, said the changes would see it move more business online. 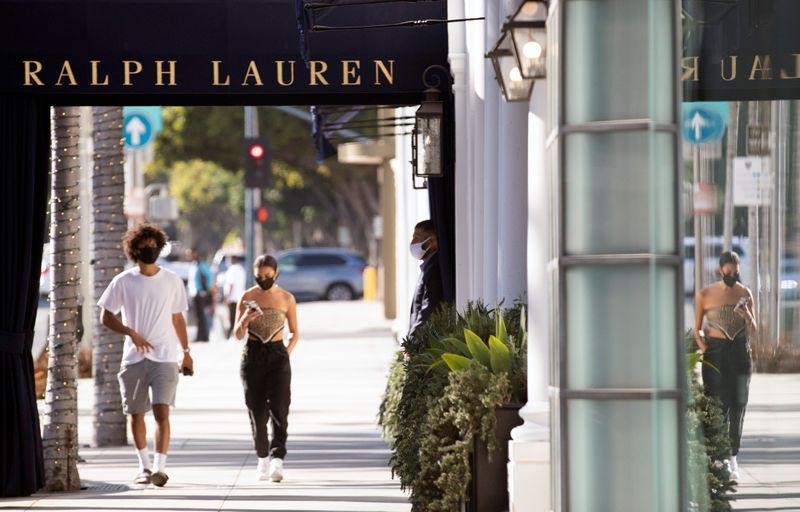 (Reuters) - Ralph Lauren Corp said on Tuesday it would cut 15% of its global workforce by the end of this fiscal year as the luxury retailer strives to lower costs and ride out the impact of COVID-19 on sales and shopping habits.

The New York-based fashion house, which has 530 stores globally, said the changes would see it move more business online.

The company did not say how many or what type of jobs could go, but based on its last reported total workforce of about 24,900 employees, the changes could impact more than 3,700 employees.

"The changes happening in the world around us have accelerated the shifts we saw pre-COVID, and we are fast-tracking some of our plans to match them," Chief Executive Officer Patrice Louvet said.

The health crisis has hit demand for high-end handbags, apparel and accessories as more customers hold back on non-essential spending, forcing many companies to slow their expansion plans.

It has also put the brakes on the industry's biggest ever merger, with France's LVMH trying to back out of its $16 billion deal to acquire Tiffany & Co.

"After stores reopened, the second phase of recovery for retailers is looking at their balance sheets and how to improve profitability, and for high-end clothing companies, that often means closing stores or letting people go," said Jessica Ramirez, retail analyst at Jane Hali & Associates.

However, online sales of luxury goods have surged and Ralph Lauren said it would invest in digital platforms to support e-commerce operations and expand product personalization.

The layoffs could result in gross annual pre-tax savings of about $180 million to $200 million, the company said. It expects to incur one-time pre-tax charges of about $120 million to $160 million in fiscal 2021.

(Reporting by Uday Sampath in Bengaluru; Editing by Arun Koyyur)