“Look, it is not the debt that’s the baggage — it is the other functions that Air India carries out such as ground handling, engineering and things like that are. We would be interested only in the airline,” Qatar Airways group CEO Akbar Al Baker was quoted as saying by The Economic Times.

Baker also said that Qatar Airways would be interested in Air India if it had a strong partner.

The latest development comes two days after Air India was assured of Rs 2,100 crore from the Centre in the form of guaranteed borrowing. 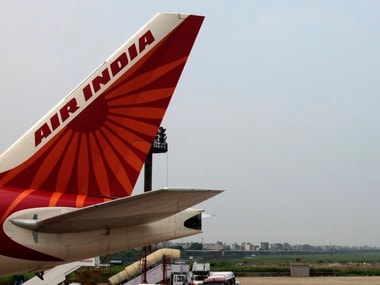 On 29 August, sources quoted a civil aviation official informing a parliamentary panel that the disinvestment of financially-strained national passenger carrier Air India would not happen in the near future.

"They don't have any plans in the near future as they don't have any buyers," said a member of the Parliament's Standing Committee on Transport, Tourism and Culture who was present at a panel meeting attended by Civil Aviation Secretary RN Choubey.

The Central government had invited Expression of Interest on 28 March for disinvestment of Air India, including its shareholding interest in Air India Express Ltd and Air India SATS. But it received no response till 31 May, the closing day.

On 22 August, a senior finance ministry official said that the government plans to transfer the debt and non-core assets of the loss-making carrier to a special purpose vehicle (SPV).

The proposal is expected to financially revive the debt-ridden airline through the sale of its non-core assets.

In March this year, the Centre had appointed Ernst & Young LLP India (EY) as its transaction advisor for advising and managing the proposed strategic disinvestment of the national carrier by way of transfer of management control and sale of 76 per cent equity share capital of the airlines held by the government.

Reports suggest that Air India is currently in debt to the tune of Rs. 500 billion, and reported a loss of Rs. 57.6 billion in March last year.