By Alistair Smout LONDON (Reuters) - Uber Technologies Inc [UBER.UL] won a probationary licence to operate in London on Tuesday in a partial victory for its new chief executive after it made changes to ease strained relations with city authorities. The new licence was subject to strict conditions, however, and came with a warning to prove it had changed to retain its right to operate in London, the heart of its biggest European market. 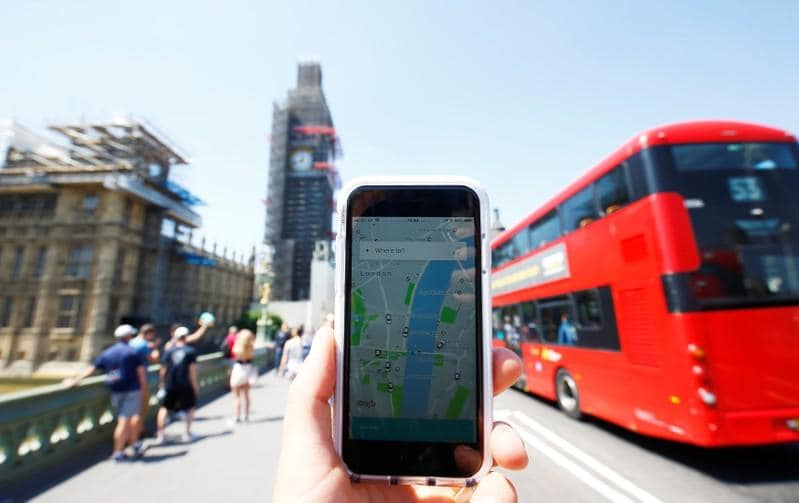 LONDON (Reuters) - Uber Technologies Inc [UBER.UL] won a probationary licence to operate in London on Tuesday in a partial victory for its new chief executive after it made changes to ease strained relations with city authorities.

The new licence was subject to strict conditions, however, and came with a warning to prove it had changed to retain its right to operate in London, the heart of its biggest European market.

Uber overhauled its policies and personnel in Britain after Transport for London (TfL) refused to renew its licence in September for failings in its approach to reporting serious criminal offences and background checks on drivers.

The ruling has been a test of Uber's new senior management, with Chief Executive Dara Khosrowshahi, who took charge the month before TfL's decision, pledging to "make things right" in London.

Judge Emma Arbuthnot said that changes made by its London subsidiary in light of the ruling were sufficient for Uber to be considered "fit and proper" to operate as she granted a 15-month "probationary" licence.

The licence is much shorter than the five-year licence it was denied in September, and London Mayor Sadiq Khan was clear that the court ruling was no carte blanche for Uber in London.

"I believe everyone must play by the same rules, no matter how big or powerful they are," he said in a statement.

"Uber has been put on probation – their 15 month licence has a clear set of conditions that TfL will thoroughly monitor and enforce."

TfL said it was considering the court's decision and that the conditions would let it take action if Uber failed to meet standards.

The licence conditions for Uber London Limited (ULL) include implementing a new governance structure, giving TfL notice of what Uber is doing in areas that may be a cause of concern, reporting safety related complaints and having an independent assurance audit report every six months.

ULL must also be notified by its parent firm of any matters that could be relevant to its obligations as an operator.

With backers including Goldman Sachs

Uber, which has about 45,000 drivers in London, introduced several new initiatives in response to the ruling, including 24/7 telephone support and the proactive reporting of serious incidents to police. It has also changed senior management in Britain, though it was allowed to continue operating in London while the appeal process was ongoing.

Uber's work with London authorities is part of a broader shift by the company to engage with regulators rather than bulldoze them. It has also started discussions with regulators in New York City about a cap on the number of cars the service is allowed, which previous chief executive Travis Kalanick had resisted.

Mayor Khan said that as a result of the initial London ruling, "Uber has been forced to overhaul the way it operates not just in London but across the world."

Uber had originally reacted with indignation at TfL's decision last year, saying authorities had "caved in" to its critics.

But officials struck a more conciliatory tone at the court hearing, accepting both that TfL's original decision was right and that a shorter licence was appropriate. Tom Elvidge, General Manager of Uber in the UK, welcomed Tuesday's ruling.

"We will continue to work with TfL to address their concerns and earn their trust," he said.

Elvidge and other Uber officials told the court Khosrowshahi had helped to change the culture of the firm after he was appointed last year, and judge Arbuthnot noted that the then-new chief executive had apologised in person to TfL in October.

Shawn Carolan, a partner at Menlo Ventures, an Uber investor, said the ruling was "a great testament to the progress Uber has made in engaging with city government under Dara's leadership."

But others said that Uber was playing catch-up. Bruce Schaller, a transportation consultant based in New York and the former deputy commissioner for traffic and planning for New York City, said that Uber should have done more to work with authorities earlier.

"It's an occasion for one-handed applause because this should have happened all along," he said, adding that it was understandable that TfL wanted to keep Uber on a short leash.

Western Europe is an increasingly important market to Uber. It has pulled out of China, Russia and Southeast Asia, and its future in India, where it battles local rival Ola, is in question.

But Uber's presence in London has angered the drivers of the city's iconic "black cabs", who have previously blocked London's streets in protest at the app.

The Licensed Taxi Driver's Association (LTDA), whose lawyer in court warned about the prospect of an "Uber in sheep's clothing", said it was disappointed with the decision.

"Uber's blatant disregard for TfL's regulations and public safety was laid before the Court," said Steve McNamara, General Secretary of the LTDA.