State-run banks have begun the January-March results season on a shaky note, as expected.

That is the signal one gets from the numbers of Punjab National Bank (PNB), the first large state-run lender that came out with results. The bank has witnessed a significant rise in its bad loan levels and notable rise in the chunk of restructured loans in the March quarter. 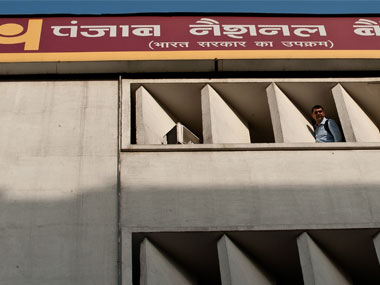 On account of the sharp rise in the provisions made on bad loans, PNB’s net profit dropped 62 percent on a year-on-year basis to Rs 307 crore compared with Rs 806 crore in the year ago period.

Total provisions in the January-March quarter, increased to Rs 3,834 crore from Rs 2,139 crore, registering an increase of 79.3 percent. In the fourth quarter alone, the total chunk of fresh slippages stood at Rs 7,424 crore. Total restructured loans, as of end–March, stands at about 10 percent of the total loan book.

On the whole, PNB numbers are disappointing for investors, who dumped the bank’s shares, pulling them 8 percent down intra-day to Rs 144, while India’s benchmark equity index, Sensex, was trading nearly 2 percent up at 27109.63 points.

PNB's management has guided that there are no big accounts for restructuring in pipeline. The bank expects fresh slippages to be less going ahead. This is a good sign for investors. But a strong trend will emerge only when other big banks present their report card.

Other state-run banks, which released numbers so far, too signal persisting stress in the banking system. Kolkata-based United Bank, which had witnessed its bad loans escalating to double digits last year, registered gross NPAs of 9.49 percent of total loans in the March-quarter, albeit with some improvement, compared with 10.47 percent in the year-ago period.

As Firstpost has noted earlier, severe capital shortage added to the woes of state-run banks, impacting their ability to expand their book further. In the coming quarters, most of them are likely to focus more on correcting the fault lines in their loan books and cut down sticky assets. Credit growth is likely to be muted.

Despite the PNB management’s assurance, any significant improvement in the earnings pattern of public banks will highly correlated with pick up in overall economy, which can then translate into improvement in the performance of core sectors. For instance, PNB has indicated that most of its restructured loans are from steel, cement and construction segments.

Until this point, the script for state-run banks is not that different from what was seen in the recent quarters.