Mumbai: Public sector banks may need capital of Rs 2.06 trillion for a credit growth of the 8-9 percent in the financial year 2019, says a report by India Ratings and Research.

"The recapitalisation amount from the government will go towards sustaining the banks. For a higher growth state-run banks may need more capital. We estimate state-run banks' capital requirement of Rs 2.06 trillion at a modest credit expansion of 8-9 per cent in FY19," India Ratings and Research senior analyst Udit Kariwala told a reporters today.

It also includes Rs 0.63 trillion of one-time provisioning for migrating to the expected loss regime on transiting to Ind-AS 109 on 1 April, 2018. It said the profit and loss account for most state-run banks would also be under pressure due to accelerated provisioning requirement on the cases identified by the regulator to be referred to the National Company Law Tribunal under the Insolvency and Bankruptcy Code in FY18.

The rating agency has maintained a stable outlook on private sector banks and large public sector banks (PSBs) for FY19. It expects banks to navigate a year of modest growth recovery and high credit costs, although declining, through better access to growth capital and early signs of macro-revival. 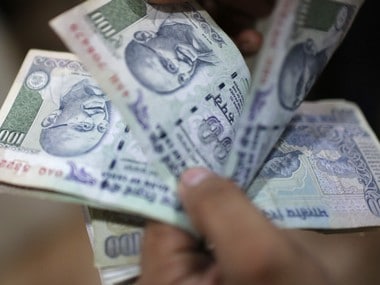 It also expects banks impaired assets to peak at 12.7 per cent by FY19-FY20, and credit costs to witness a slow and gradual recovery due to the aging of a large stock of non-performing assets (NPAs) added over the last four quarters.

Post-RBI's asset quality review and annual divergence exercise, most of the large leveraged corporate exposures have seen a fair bit of recognition either in the form of NPAs or restructured assets.

"A meaningful proportion of mid-sized stressed corporates (1.6 percent of bank credit as of September 2017) continues to be standard on bank books with absolutely no form of recognition and could slip to the non-performing category in the next 12-18 months," Kariwala said.

Additional stressed assets of around one percent (as of September 2017) could slip into the NPA category, primarily from the standard restructuring and failed strategic restructuring schemes, most of which would be completing 18 months time in the next three to four quarters.

Indian banks are likely to post subdued treasury gains in FY18, after a year of prodigal profit booking on a high yielding treasury book. The hardening of yields due to drying up of excess liquidity could render banks with subdued gains in FY18, which could spill over into FY19, it said.

Mid-sized banks would be the worst hit, considering their proportionally swollen treasury books after a period of muted credit and large deposit growth, and a steeper treasury profit booking in FY17.