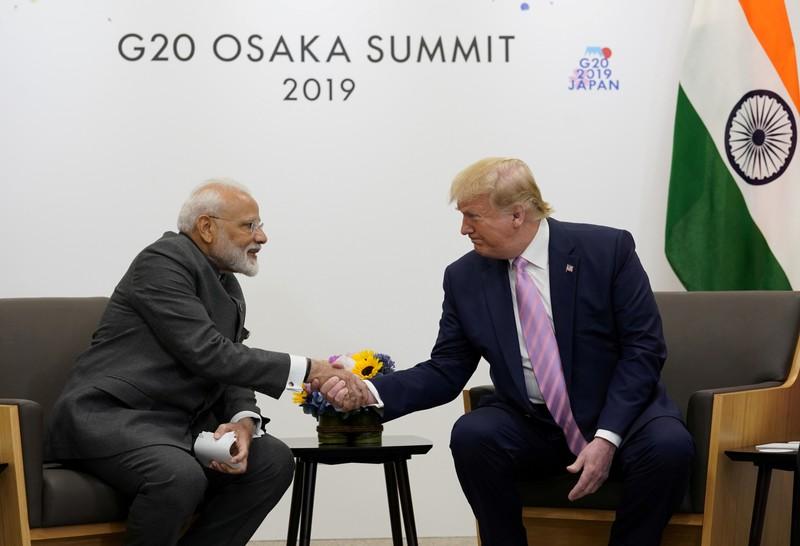 NEW DELHI (Reuters) - Indian Prime Minister Narendra Modi told U.S. President Donald Trump that he is hopeful that representatives from the two countries will meet again soon to discuss trade issues, the government said in a statement on Monday.

Washington confirmed the leaders had spoken on Monday. "The two leaders further discussed how they will continue to strengthen United States-India economic ties through increased trade, and they look forward to meeting again soon," the White House said.

U.S. and Indian trade negotiators ended talks in July without making major progress on a range of disputes over tariffs and other protectionist measures imposed by both sides that are straining bilateral ties, officials have told Reuters.

The two sides had resumed trade talks after Trump and Modi met on the sidelines of the G20 summit in June and agreed to seek to deepen the two countries' relationship.