By Martinne Geller and Sangameswaran S LONDON (Reuters) - Premier Foods' CEO survived a shareholder revolt to oust him on Wednesday, giving him more time to try turning around the ailing British food maker with steps such as divestments. The maker of Mr Kipling cakes and Bisto gravy has been under shareholder pressure ever since U.S. food maker McCormick abandoned a takeover approach in 2016 and the shares have languished, prompting some investors to accuse the board and CEO Gavin Darby of mishandling the proposal. 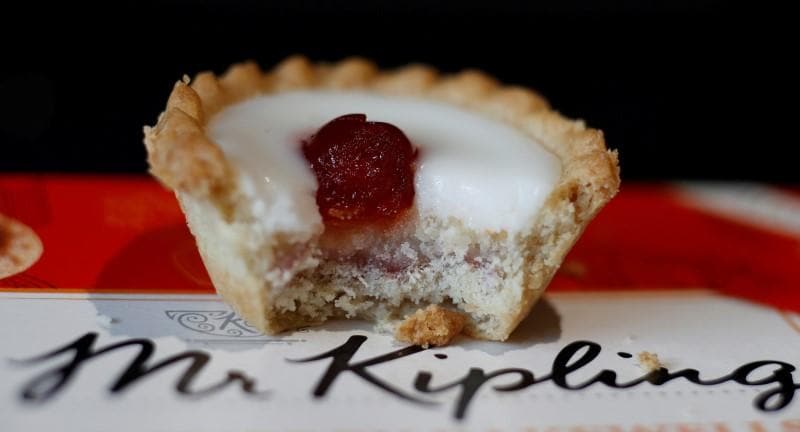 By Martinne Geller and Sangameswaran S

LONDON (Reuters) - Premier Foods' CEO survived a shareholder revolt to oust him on Wednesday, giving him more time to try turning around the ailing British food maker with steps such as divestments.

The maker of Mr Kipling cakes and Bisto gravy has been under shareholder pressure ever since U.S. food maker McCormick abandoned a takeover approach in 2016 and the shares have languished, prompting some investors to accuse the board and CEO Gavin Darby of mishandling the proposal.

Following an annual general meeting in London where Oasis representatives traded accusations with Premier's supporters, the company said Darby had received the support of 59.01 percent of shareholder votes, with 40.99 percent voting against his re-election.

"It's clear we don't have the support of some shareholders and we need to continue to discuss that with them," said Chairman Keith Hamill after the meeting, adding that the board wanted Darby to stay. "If 40 percent of people want you to do something, and 60 percent don't, you need to think about and talk to the 40 percent, but there's no reason for ignoring the 60 percent."

Premier shares were down 3.9 percent at 45 pence at 1353 GMT. Although the stock has fallen 28 percent since Darby took over, it rose over the course of the proxy fight as investors anticipated asset sales or other strategic moves.

Investors have been frustrated that Premier's shares have never reached the 65 pence per share proposed by U.S. spice maker McCormick, which had twice raised its offer for the company.

Premier executives tried to defend their actions on Wednesday by saying it was natural to seek higher offers as it did, and stressed that McCormick decided not to move forward with a formal bid after due diligence revealed irreparable pension issues.

Oasis, based in Hong Kong, has accused Darby of having no credible strategy to tackle slowing UK growth and reduce its net debt, which is still about 3.6 times its earnings before interest, tax, depreciation and amortisation.

Darby, who has led the Oxo stock cube-maker since 2013, said one of the benefits of being challenged by Oasis has been the power it has had to draw potential suitors for its brands from the woodwork.

"If you know anybody who wants to come around and make a reasonable offer, we'd be happy to send a car to pick them up and give them a cup of tea," Hamill said. He noted however that market conditions were more difficult now that sterling devaluation has pushed up commodity costs.

He said Premier had held exploratory talks to sell its Batchelors soup brand to Japan's Nissin Foods previously, although nothing materialised.

Oasis has championed a sale of Batchelors, saying it could generate proceeds of more than 200 million pounds. When pressed on Wednesday by Oasis about whether it would hold an auction for the brand, Hamill said auctions only make sense when one is confident there would be more than one bidder to create competitive tension.

Noodle-maker Nissin took a stake in Premier as it was talking to McCormick and some critics argue that the ownership stake has served as a poison pill for other potential suitors. Nissin, now Premier's largest shareholder, and Premier also have a commercial partnership, which Oasis has argued is a conflict of interest.

Oasis nearly doubled its stake in Premier to 17.3 percent ahead of the annual meeting, taking it close to Nissin's 19.75 percent. Oasis said on Wednesday that about 4 percent of shares were borrowed, as the hedge fund tried to "neutralise" Nissin.

Premier has seen sales outside its home market grow, thanks to its partnerships with Nissin and candy-maker Mondelez.

Sales at its international business rose 4 percent in the quarter and nearly 20 percent over the last two quarters, the company said.