By Hideyuki Sano TOKYO (Reuters) - The British pound slipped early on Wednesday after a poll showed a narrowing lead for Prime Minister Boris Johnson's Conservative Party in an election later in the week, while U.S. 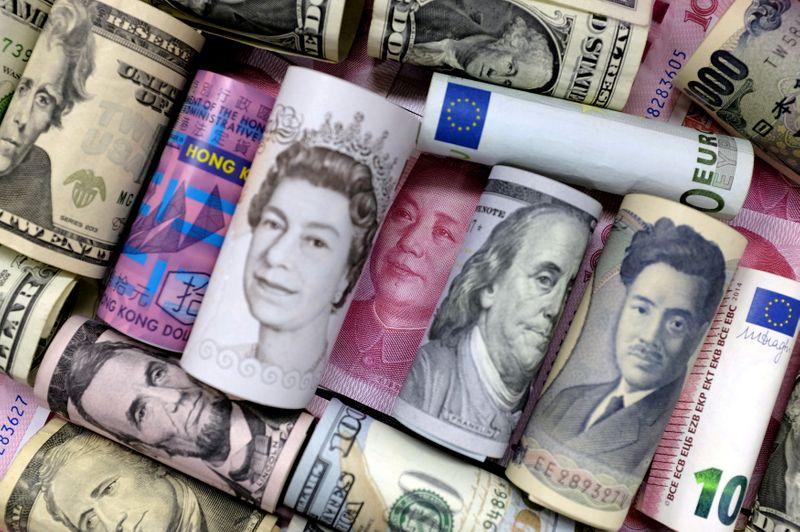 TOKYO (Reuters) - The British pound slipped early on Wednesday after a poll showed a narrowing lead for Prime Minister Boris Johnson's Conservative Party in an election later in the week, while U.S. dollar movement looked to the Federal Reserve's policy meeting.

Investors were also focusing on what U.S. President Donald Trump will do with U.S. tariffs on nearly $160 billion worth of Chinese consumer goods, due to set in on Dec. 15. Investors have generally believed the tariffs would be at least postponed to salvage a trade deal with China.

"It is calmness before storm. Markets have long believed the additional tariffs will be avoided," said Ayako Sera, market economist at Sumitomo Mitsui Trust Bank.

A closely watched model from pollsters YouGov showed Britain's prime minister is on course to win a majority of 28 in parliament at Thursday's election, down sharply from a forecast of 68 last month.

The pound had rallied for the past couple of months on rising expectations that Johnson will secure an outright majority in parliament after a Dec. 12 election to end Britain's political paralysis over Brexit since 2016.

It drew firmness from a Wall Street Journal report of officials from both the United States and China saying the groundwork was being laid to push back the Dec. 15 tariff deadline.

The White House's top economic and trade advisers are expected to meet in coming days with Trump over that decision, one person briefed on the situation said.

Fed Policymakers' updated projections for the U.S. economy and interest rates will be the main focus to assess whether they think the rate cuts so far are enough to keep the economy rolling for another year.

The index rose to near a two-year high of 10.7 from -2.1 a month earlier, exceeding even the highest forecast in a Reuters poll of economists, aided by an unexpected rise in October exports boosting hope for an upturn in Europe's biggest economy.