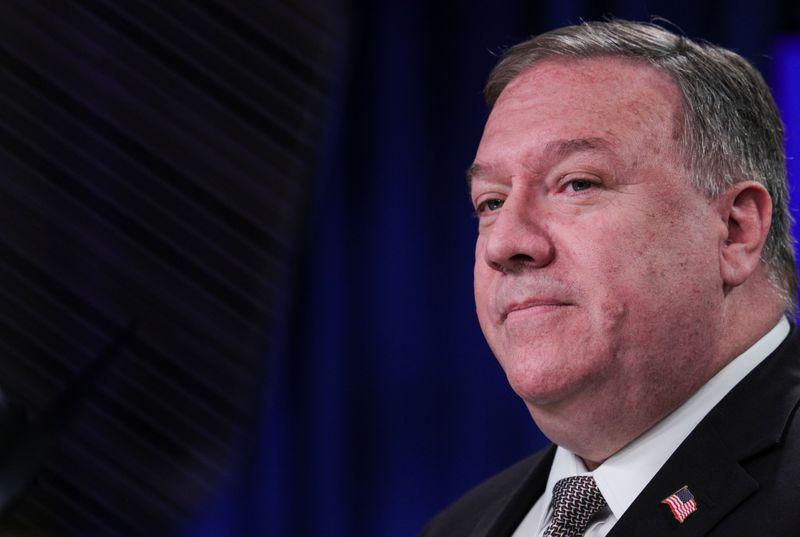 By David Brunnstrom and Humeyra Pamuk

Pompeo also said telecommunications companies around the world "should consider themselves on notice" that if they do business with Huawei, "they are doing business with human-rights abusers."

Pompeo said Washington hoped to have another set of decisions shortly on Chinese telecoms firms that would reflect the need to protect U.S. citizens' data from Beijing.

He also said that "faster is always better" in terms of getting Huawei out of telecoms infrastructure when asked about British Prime Minister Boris Johnson's order that Huawei equipment be purged completely from Britain's 5G network by the end of 2027.

When asked in a later live-streamed interview with political website the Hill about his recent remarks that Washington was looking at banning Chinese social media app TikTok, Pompeo said:

"Whether it is TikTok or any of the other Chinese communications platforms, apps, infrastructure, this administration is taking seriously the requirement to protect the American people from having their information end up in the hands of the Chinese Communist Party."

In a separate statement referring to alleged abuses against China's minority Muslim population, Pompeo charged that Huawei was "an arm of the Chinese Communist Party's surveillance state that censors political dissidents and enables mass internment camps in Xinjiang and the indentured servitude of its population shipped all over China."

Huawei denies it spies for China and says Washington wants to frustrate its growth because no U.S. company offers the same technology at a competitive price.

Asked about Pompeo's remarks, a Huawei spokeswoman said: "We are looking into this and will share the statement once we have one."

U.S.-China ties are at the lowest ebb in decades with relations strained over the global coronavirus pandemic, China's military buildup in the South China Sea, its treatment of Uighur Muslims and Beijing's massive trade surpluses.

Even so, Pompeo said Washington remained "hopeful" China would complete its requirements under Phase 1 of a trade deal it reached with Trump in January and that "we will see changes in the behavior across the entire spectrum where they have unfairly treated America for far too long."

Pompeo told the news briefing he would leave for a short visit to Britain and Denmark on Monday and China's "threat to free peoples around the world" would be high on the agenda. He said he also expected to discuss Huawei.