By Lewis Krauskopf NEW YORK (Reuters) - Political uncertainty in Italy weighed on the country's stocks and bonds as well as the euro on Friday, while trade concerns and tepid corporate earnings kept Wall Street in check. The U.S. dollar's rally continued, rising for a fifth straight session against a basket of currencies. 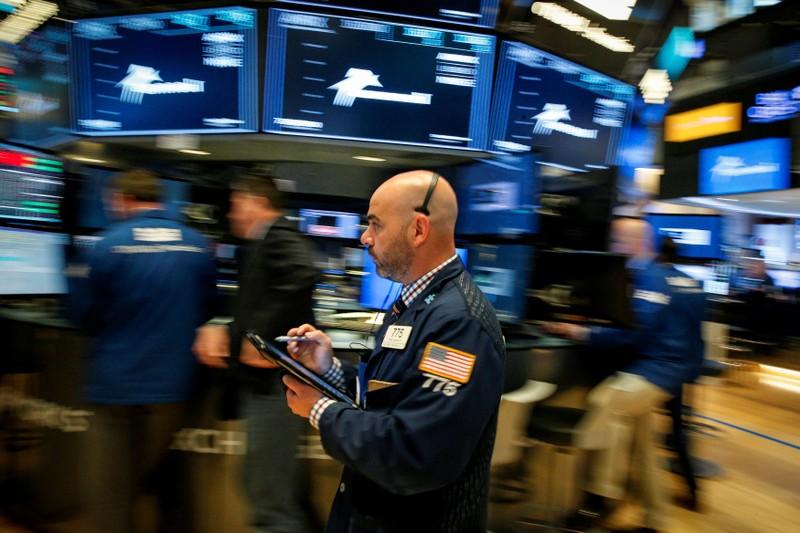 NEW YORK (Reuters) - Political uncertainty in Italy weighed on the country's stocks and bonds as well as the euro on Friday, while trade concerns and tepid corporate earnings kept Wall Street in check.

The U.S. dollar's rally continued, rising for a fifth straight session against a basket of currencies.

Investors were digesting moves this week of 10-year benchmark U.S. Treasury yields breaking above 3.1 percent and oil prices topping $80 a barrel. On Friday, oil markets took a breather while the 10-year bond yield retreated from a near-seven year peak.

A volatile week for Italian markets continued as two anti-establishment parties pledged to increase spending in a deal to form a new coalition government.

Yields on Italy's 10-year bond rose to its highest point in more than seven months, while the country's stocks slumped 1.5 percent.

"The possibility of a eurosceptic government in Rome is shaking investor confidence ... at this point a larger fiscal deficit and greater bond issuance (in Italy) does seem likely," said David Madden, a strategist at CMC Markets.

A disappointing report by Applied Materials weighed on chip stocks.

Investors were watching developments in trade talks between the United States and China. On Friday, China denied it had offered a package to slash the U.S. trade deficit by up to $200 billion. On Thursday, U.S. President Donald Trump said China and other countries had become "very spoiled" on trade.

“I think that has the market trying to figure out what is exactly happening in D.C. as it relates to trade,” said Robert Pavlik, chief investment strategist at SlateStone Wealth LLC in New York.

MSCI's gauge of stocks across the globe shed 0.20 percent.

U.S. 10-year Treasury yields declined from a near seven-year high as buyers emerged following a bond market selloff earlier this week spurred by worries about growing inflation and government borrowing.

Brent oil prices were little changed but were on track for a sixth straight week of gains, boosted by strong demand, looming U.S. sanctions on Iran and plummeting Venezuelan production. The benchmark on Thursday broke through $80 for the first time since November 2014.