The Budget always raises a lot of expectations before it is presented; and almost there is an element of dissatisfaction when they are not fully realised.

Ideally everyone wants to pay fewer taxes and get more concessions. We all want the government to spend in a way in which we desire - on infrastructure and less on non-development.

The FM has to balance all these aspirations and yet present numbers which are palatable in terms of prudence as we are past the stage when the government could borrow or print money and finance all expenditures. There are 10 areas which can be examined, and a score be accorded to the Budget. 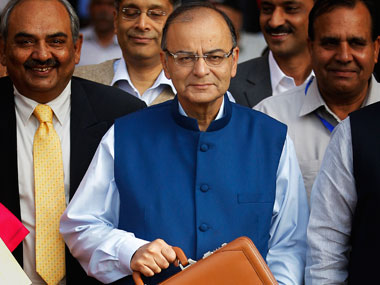 The first is in terms of the absolute numbers. The fiscal deficit number has been surprisingly targeted at 3.5% which is not what was expected. This means that we are going along the path of reaching 3% of GDP which is what the FRBM rulebook was all about.

While it is okay to say it, are we sure that we will attain the same? The answer is yes, as recent history shows that this target is achieved by adjusting various expenditures when revenue does not increase. Therefore, full score for the government for going ahead with a fair degree of boldness.

Second, are the numbers realistic? The government makes a lot many assumptions to make this number happen in the budget document. Growth assumption for instance is always forward looking with optimism.

Here nominal GDP has been projected to grow by 11% against just 9% this year though real GDP growth would be at the same range of 7-7.75%. But more importantly, the disinvestment number again looks out of place at Rs 56,500 crore which raises doubt, as last year we fell short by almost Rs 44,000 crore. Hence, only half point here.

Third, does the budget bring about growth? The focus is heavily on infrastructure with roads being the thrust point besides irrigation. The road focus is on both highways as well as rural links which make it quite comprehensive in nature. Last year, the Rs 1.3 lakh crore was exceeded which gives confidence that the same will happen this time too. Therefore, the Budget gets a full point here.

Fourth, does it foster savings? Not really, as there have been no major allowances made for savings to increase. While it was expected that Section 80C would have enhanced limits and housing interest deduction would increase, the finance minister has steered away from this course. In fact, it has been announced that the small savings interest rates will come down next year, and along with the RBI lowering interest rates, there will be some impact on financial savings. NO point here.

Fifth, is the budget inflationary? Probably yes, as the tax changes are in both directions with a proclivity to increase prices of goods and services. The service tax rate has not been increased as was expected and hence there could be less of an inflationary impact, though some prices could increase for specific services where rates have been revised. The Budget can be given half mark here.

Sixth, how about banks? The budget was to provide funds to the extent of Rs 25,000 crore for capitalisation which has been done. While the bankers expected more, it was not on the plan to begin with, given the scarce resources. While some disinvestment could have been done of PSBs to make them self-financing for capitalisation, given their present state, the valuations would have been low. But from the point of view of the budget, it has done well.

Seventh, how about agriculture? Here the budget has done well in making allocations of Rs 36,000 cr which is good considering that agriculture is a state subject. The deep focus on irrigation is quite timely as this is where farming becomes vulnerable to the vagaries of nature.

The allocation for crop insurance of Rs 5,500 crore is also useful as this will eschew the challenges of loan waivers in case of crop failure. Hence, contrary to popular perception, the government has stuck to the farmer and agriculture. Full marks here for the Budget.

Eight, how about the poor? The flagship NREGA programme has gotten the highest allocation of funds of Rs 38,500 cr which is adequate given that we have had two droughts in the last couple of years which had necessitated higher allocations. Contrary to perception the the government has continued its focus on these areas and if it is combined with the outlays on rural roads, health and education, then it does appear fairly complete.

Nine, should corporates and investors be pleased with the Budget? Maybe not as the retrospective tax case which resurfaced some time back has cast a shadow once again and despite all the talk on easing doing business, there is still some skepticism on how sincere we are. Further, corporates may not be viewing too many incentives here and hence could be neutral here. Just half point here.

Last, the final barometer of how any development is viewed is the stock market. It has been whimsical on the day of the budget based on the current flow of information. But once the news was digested and the internals studies, the indices went down indicating some level of dissatisfaction. Was it due to the budget not being good or a case of over-expectations from the market, is a hard guess? Looks more likely that it is a combination of both the factors which has led to the Sensex falling by 152 points. No marks here.

Putting all this together, the score would be 6.5/10