A few days ago, Rathin Roy, a member of the Prime Minister's Economic Advisory Council (PMEAC) said India faces a serious structural slowdown as it has been powered by only a single engine--that of consumption, which he said, seems to be plateauing. He further added how India could be stuck in the "Middle Income Trap" and may end up as a basket case, much like Brazil, instead of becoming another China.

Roy, with no offence to him, is completely removed from reality and his statements about the impending "gloom and doom", with no supporting data, can hardly be taken seriously.

First and foremost, China is in the throes of a deep and disturbing slowdown and India is much better off not becoming another China. China's government debt to GDP at 47.6 percent is lower than India's 68.4 percent, but its private debt to GDP at 230 percent, is back-breaking. India in contrast, compares very well with private debt to GDP at just 54.5 percent, which is commendable. This implies that we are not an overleveraged economy like China, which has borrowed its way to growth and then borrowed more to sustain that growth and then borrowed yet again to prevent growth from falling off a cliff.

Wade Shepard of Forbes magazine has written on how massive over-investment has led to ghost cities and towns like Ordos Kangbashi, Chenggong district, Nanhui city and Yingkou area, where empty buildings and empty streets are symptomatic of how the Chinese growth story has too many loopholes, that are now coming back to bite. More than 64 million empty homes in China, even as a rapidly ageing population is struggling to find old age homes, showcases how the mismanaged growth bounty in China is not a great example to follow.

No comparison in GDP with Brazil

Now coming to Brazil, Roy is again woefully wrong in comparing India with this Latin American nation with a GDP of $1.8 trillion and annual exports worth $218 billion. Comparisons are often odious and this one more so because India is on the cusp of overtaking the United Kingdom as the fifth largest economy in the world, after having overtaken France last year. With a GDP of almost $3 trillion and average annual exports of $310 billion and counting, India is 61 percent bigger than Brazil in terms of GDP and 42 percent bigger than Brazil in terms of overall exports. Brazil suffered a crippling recession in 2013 and another recession in 2016, the worst-ever in a hundred years with GDP declining by 3.3 percent. 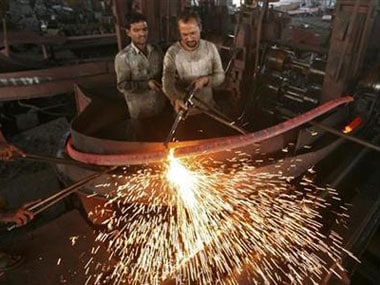 Again, in 2017 and 2018, the Brazilian GDP grew by barely 1.1 and 1.2 percent, respectively. In sharp contrast, the GDP growth in the last five years under Narendra Modi's leadership, at over 7 percent, makes India the fastest-growing economy in the world. A point worth noting here is that while the IMF reduced global GDP growth rate for the current year to 3 percent from the earlier 3.5 percent, it put India's GDP growth rate at 7.3 percent and 7.5 percent for the current and next fiscal year. It said India is cushioned from volatile global geopolitics and trade wars in a large measure due to the string of reforms by the Modi government in the last five years that have empowered over 400 million people.

Out of this 400 million, 100 million as per Anuj Kejriwal, CEO & MD of Anarock Retail, belong to the 18-35 age group, popularly called the millennials. The millennials who account for 34 percent of India's population will continue to power India's consumption boom, with retail sales on the e-commerce platform alone expected to touch a solid $100 billion by 2020. Also, be it HUL, Godrej Consumer or ITC for that matter, commentaries by these FMCG companies in the last few months have clearly shown that the strong retail sales momentum in India is being primarily driven by tier-2 and tier-3 cities that are showing no signs of any structural slowdown, whatsoever. Also, as per Anarock, in cities such as Jaipur and Surat, household incomes are expected to cross Rs 80,000 crore and 26 other cities will cross Rs 40,000 crore by 2020.

Tier-2 cities alone received investments of more than $6 billion and tier-3 cities received around $500 million in the last few years. Tier-1 cities collectively saw $1.3 billion in investments in the same period. For example, despite double-digit volume growth for many successive quarters, HUL reported stellar numbers for the March 2019 quarter with a 7 percent volume growth and a 9 percent growth in the domestic consumer business. Net profit of the company grew by a healthy 14 percent, driven by the Home and Personal Care (HPC) segment growing by a good 13 percent.

Another example of India's consumption boom showing no signs of pausing is evident from the 65 percent jump in profit reported by Reliance Jio, with Jio's subscriber base crossing the 300 million mark in the March 2019 quarter. Also, while 119 million Indians took to the skies in 2016-17 and 125 million in 2017-18, in 2018-19, the passenger air traffic is estimated at over 150 million. Hence, Roy's argument of India's consumption boom petering out is out of sync with the strong economic momentum on the ground.

For instance, in the last four years, India has clocked a robust average car sales of over 30 million every single year and an average of two-wheeler sales of a healthy 20 million per annum. Again, M&M sold 3,19,623 tractors (local plus exports) in 2017-18 and 3,30,436 tractors in 2018-19. While in percentage terms, this is just a 3.38 percent growth, the fact of the matter is, clocking well over three lakh tractor units in sales each year for last two years consecutively is not a mean achievement.

The same lot that is talking of a slowdown today simply because, in say, April 2019, M&M reported an 8 percent decline in auto sales, was whining even when M&M reported a huge 22 percent rise in auto sales in April 2018, in a classic case of always wanting to see the "glass as half empty". A high base effect along with a rise in insurance costs will fade away soon. That, coupled with a good monsoon will ease liquidity conditions, should counter the soft cyclical patch and propel auto sales into the fast lane once again.

Modinomics has not ignored investment demand

Having established with hard data that India's consumption boom is pretty much alive and kicking, let us now prove how the other allegation that Modinomics has ignored investment demand and focussed only on consumption, is absolutely false. Till April 2014, the average construction rate of highways stood at barely 11.67 km per day. It has more than doubled to 27 km per day in fiscal 2017-18, building 9829 km.

Again, in May 2014, highway projects worth over Rs 1 lakh crore were languishing for either want of funds or failure to get various regulatory clearances. True, while the old style Public Private Partnership (PPP) model has not been entirely discarded due to past contractual obligations in a clean, clear and decisive break from past economic conventions, the government has largely opted for the Engineering Procurement and Construction (EPC) model to fast-track infrastructure projects. The EPC is a far more efficient model with better supervision, the single nodal point of responsibility, guaranteed price, guaranteed timeline, guaranteed delivery schedules, higher accountability and in the long run, more value for money.

The steps to revive commercial vehicle and truck segments, streamlining the exit policy, easier land acquisition norms, as also the hub-and-spoke model of distribution that is now being followed by more businesses in the consumption-driven sectors, due to the new GST law that came into effect in July 2017, are factors that have all combined to create a cycle of speedy project execution in the past 4.5 years.

In October 2017, in what will generate 142 million man-days of employment, the government approved the 83677 km, Rs 6.92 lakh crore, ultra mega 5 year road and highways plan that includes 34800 km of Bharatmala Pariyojana,that will cover 500 districts from the current 300, aiming at raising the number of corridors to 50 from current 6, moving 80 percent freight traffic to national highways from 40 percent currently, by connecting 24 logistics parks,66 inter-corridors,116 feeder routes and 7 North East multimodal ports.

Besides Make in India, the road to a 10 percent GDP growth for the country is being driven by the ongoing revolution in communications, with India's smartphone market slated to more than double to 829 million users by 2022, from 404 million in 2017. Equally, Internet coverage is slated to more than double to 60 percent, as per a report by Cisco, with per capita data usage expected to move up from 2.4 GB in 2017, to 14 GB, by 2022. To cut to the chase, it is undeniable that the push to India's infrastructure story under Modi has laid the foundations for a 10 percent GDP growth going forward.

The core sector that accounts for 40.27 percent of the Index of Industrial Production (IIP), for example, grew by 4.8 percent and 4.3 percent in 2017-18 and 2018-2019 respectively. Also, in March 2019, the 4.7 percent growth in the Core Sector was driven by a 15.7 percent,9.1 percent and 6.7 percent growth in the cement, coal and steel sectors, likewise. Rathin Roy's misplaced assumptions and concerns that India has been powering ahead on the back of a single engine are, therefore, grossly overdone.

(The author is an economist & chief spokesperson for BJP Mumbai.)