(Reuters) - Pinterest Inc forecast full-year revenue mostly in line with analysts' estimates even after reporting a 54% jump in sales in its first quarterly earnings since going public, as the online scrapbook company added more users globally. Shares of the company fell 19% in extended trading 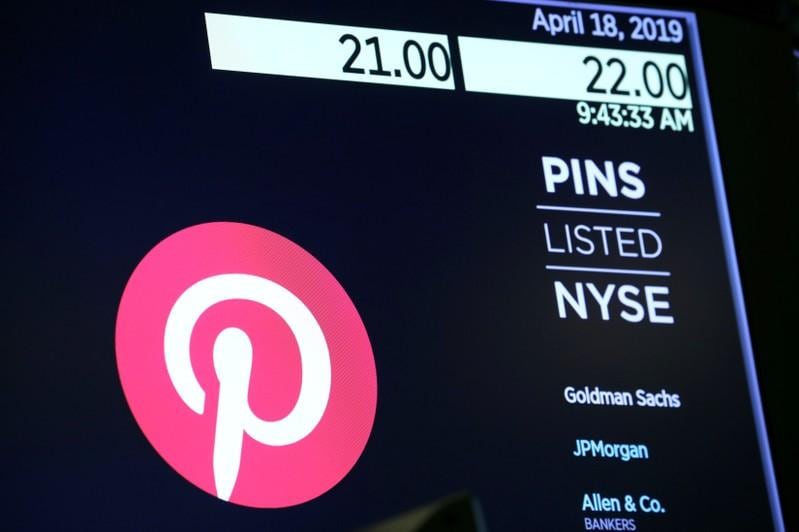 (Reuters) - Pinterest Inc forecast full-year revenue mostly in line with analysts' estimates even after reporting a 54% jump in sales in its first quarterly earnings since going public, as the online scrapbook company added more users globally.

Shares of the company fell 19% in extended trading. They had risen 62% since Pinterest's initial public offering last month.

The company expects full-year revenue between $1.055 billion and $1.08 billion, the mid point of which is slightly above analysts' estimate of $1.06 billion.

DA Davidson analyst Tom Forte said the Pinterest's full-year sales outlook was a disappointment, especially given the high expectations reflected in the run up in shares.

The company, which calls its users "pinners", added 291 million monthly active users globally in the quarter, above estimates of 289.3 million, according to IBES data from Refinitiv.

Average revenue per user rose 26% to 73 cents, the company said.

Net loss narrowed to $41.4 million in the first quarter ended March 31 from $52.7 million a year earlier.

Excluding certain items, the company lost 32 cents per share, above estimates of 11 cents.

(Reporting by Vibhuti Sharma and Akanksha Rana in Bengaluru; Editing by Shinjini Ganguli)