You’ve seen those mutual funds advertisements on TV, and probably shrugged a little. There’s free gyaan, and then some more, offered by the enlightened to the envious ignorant. Rewind a little, and you will remember the breathless T & C statements that have followed these ads --mutualfundsinvestmentsaresubjecttomarketriskspleasereadtheofferdocumentcarefullybeforeinvesting -- and to these, you might have rolled your eyes.

But a new app in the market might just help you vibe better with the idea of investing in mutual funds. Piggy, founded by Ankush Singh, Kunal Sangwan and Nikhil Mantha, rides on India’s affinity for innovation in tech, and its smartphone penetration. Says Nikhil on how Piggy came to be, ‘like most working professionals we (the team) really struggled with what to do with our savings every month. We started doing some research on the investment habits of Indians and realised that less than 1 percent of Indians invest in capital markets, and many let money stay in bank deposits, losing eventual returns to inflation.’

Larger trends in the country make investments in capital markets an increasingly viable option. For most of the history of modern India, public sector employees outnumbered private sector ones. The latter came with the guarantee of pensions, so the stakes on other investments were low. But, for the first time in 2016, the private sector was larger than the public, and concomitantly, as the middle class began to look for investment routes, the mutual funds market grew by 40 percent to $300 billion. For younger people (25-35), who’re also Piggy’s target usership, these are exciting times, but the hows and whats of investing can be overwhelming. When they turn to parents for advice, there’s a conflict of expectation since parents prefer safer routes and vouch for longer term options, while the current generation might want a mix of quicker gratification and security. Mutual funds are completely pliable to individual needs, offering pathways for - short, medium and long-term returns. 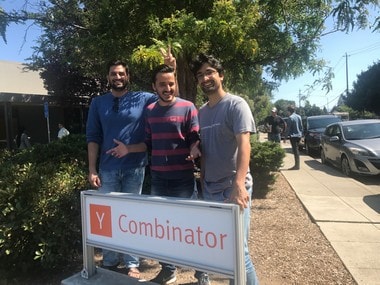 Similar to a Zomato or a Swiggy, Piggy gives users access to comprehensive data on different mutual fund houses, and is supported by powerful fund search and filter tools. It eliminates middlemen, agents and brokers who charge a commission, earning users 1-1.5 percent more on returns. There are no hidden costs since Piggy doesn’t take commissions from fund houses for featuring them on the app. But, there is a Rs 30 flat fee on each transaction, and for SIPs, Rs 100 a year. All the funds are housed in a single place with a one-touch automatic portfolio to track existing investments, which could, on a good day, make you feel like you’re cruising into a great future.

While Piggy helps you help yourself (the current mantra for success), advice is merely a chat, email or phone call away. And unlike banks which tend to push for their own products, advice meted out here is completely unbiased, and customised. Says Kunal Sangwan, who his co-founders call the company’s tech genius, ‘I believe all successful companies have one thing in common, happy customers. The work culture we have here is very much customer-centered. You can easily expect someone replying to customer queries during off hours.’

India’s startup landscape is burgeoning and each one has a unique story of genesis. Most of them involve nerdy conversations that crescendo to a eureka moment, and it wasn’t very different with Piggy. ‘We would have many late night sessions together discussing absolutely random topics from philosophy, physics, economics, to tech and finance. We were looking to build something together, and this problem how to invest just hit it off with us. We felt that we had the passion for it,’ says the trio.

When they started up, they had complementary skill sets that would help build and sustain Piggy. Ankush is the tinkerer, making him an ideal design lead for the app. He guides decisions on which tools the team can use to solve issues that crop up. Kunal pulls off everything tech-related, and is something of a hostel warden - a disciplinarian who holds the team accountable for their work. Nikhil envisages systems, putting processes in place when there are moving parts. He adds that be brings slapstick humour to the table when things get rough.

India is hailed a startup nation, where many young people see themselves as the next Steve Jobs, and that comes with baggage, a big part of which is dealing with initial rejection. Nikhil recollects a meeting with a vendor, who told him rather slyly that they couldn't afford his software; 'If you want to buy that Mercedes standing outside, you can't. Not everyone can.’ But, Piggy’s tech team, headed by Kunal, built their own software. A pretty neat feat, considering they were a bootstrapped startup.

Piggy is now funded and mentored by the prestigious Y-Combinator, one of the best startup accelerators out of Silicon Valley. As part of its summer class, the trio were grilled on how they were going to make the app more secure, especially since their current position as purely an app-based intermediary is vulnerable. The founding team also received lessons on Startup Finance and in more human determinants of triumph; “Their openness, humility and collaborative culture was a learning for me. It is no wonder that they’re the best startup network in the world.” says Nikhil about his time there.

For an app that’s less than two years old, Piggy has made considerable progress. It has acquired 50,000 users organically, with Rs 65 crore worth of investments, which translates to an overall saving of Rs 70 lakh in commission for users. Nikhil emphasises though that, for now, they will focus on satisfying a narrow set of customers, whose loyalty will earn them more over time. Ankush quotes Niall Ferguson on the correlation between economic history and history of the modern world; finance has always had an important role to play in people’s lives. Piggy is about making that world, and as a natural succession, the rest, better for them.