By Uday Sampath Kumar and Greg Roumeliotis (Reuters) - Marlboro maker Philip Morris International Inc said on Tuesday it was in talks to reunite in a merger with Altria Group Inc following its 2008 spin-off, as the tobacco giants seek to pool resources in the fast growing e-cigarette market. The merger between the two companies, the biggest ever in the consumer sector and the fourth-largest deal of all time, would create a tobacco giant with a market capitalization of approximately $200 billion. It would come two years after British American Tobacco Plc bought out Reynolds American Inc for $49 billion, underscoring how the decline in cigarette smoking globally is pushing tobacco companies to seek scale and pool resources in their development of alternative products 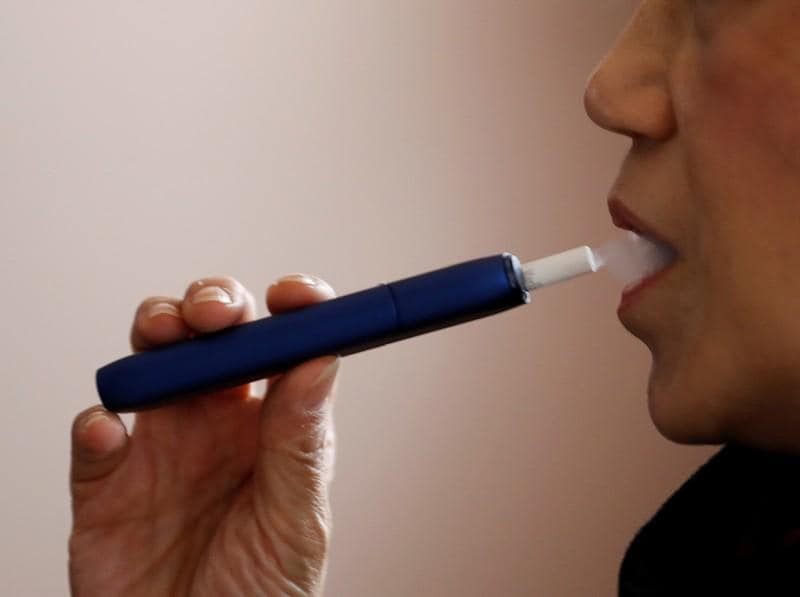 The merger between the two companies, the biggest ever in the consumer sector and the fourth-largest deal of all time, would create a tobacco giant with a market capitalization of approximately $200 billion.

It would come two years after British American Tobacco Plc

Under the terms of the all-stock merger being discussed, Altria shareholders would receive no premium and own between 41% to 42% of the combined company, with Philip Morris shareholders owning the remainder, according to a source familiar with the matter who was not authorized to discuss the details publicly.

The board of the combined company would be split evenly between Philip Morris and Altria directors, the source said. If the deal negotiations prove successful, an agreement could be reached by the end of September, the source added.

The two U.S.-headquartered companies separated 11 years ago to focus on different geographic markets, at a time when tobacco stocks generated steady yields. Since then, the industry has been disrupted by a move away from traditional smoking into e-cigarettes and vaping.

Some analysts and investors fretted that the lack of geographic overlap between the two companies could limit the value of operational synergies. Philip Morris and Altria shares ended trading on Tuesday down 7.8% and 4%, respectively, giving the companies market capitalizations of $112 billion and $84.5 billion.

"There currently is no overlap in operations of both companies other than the IQOS licensing agreement in the U.S. As such there would be little in the way of cost synergies other than corporate overheads and better leafbuying power," Jefferies analysts said in a research note.

Philip Morris and Altria see scope in consolidating their manufacturing operations to generate annual synergies of more than $800 million, according to the source.

Industry-wide cigarette sales volumes tumbled 4.5% on an adjusted basis in 2018, according to analysts at Cowen. Global sales of cigarettes were estimated at $714 billion last year, according to Euromonitor International.

In contrast, the e-cigarette market was worth about $11 billion in 2018 and is expected to grow at more than 8% annually over the next five years, according to research firm Mordor Intelligence.

In April, Philip Morris won approval from the U.S. Food and Drug Administration to sell iQOS in the United States.

"With disruption facing the world of tobacco, we can see some merit in a re-merger," Bernstein analyst Callum Elliott said in a note. "The combined entity - Philip Morris 2.0 - could present a united front" on next-generation products such as iQOS, and "go about a coordinated global brand-building exercise the same way Philip Morris originally built Marlboro."

Unlike combustible cigarettes, iQOS devices heat tobacco-filled sticks wrapped in paper, generating an aerosol that contains nicotine. They are different from e-cigarettes such as the popular Juul device, which vaporizes a nicotine-filled liquid.

Altria already can market iQOS in the United States under a licensing agreement, which includes royalty payments to Philip Morris. A merger between the two companies would simplify that agreement. The source close to the deal talks said the merger negotiations started as an extension of this partnership.

At the same time, Altria could tap into Philip Morris' global sales force to aid in Juul's international expansion.

In a note to clients on Tuesday, Wells Fargo analyst Bonnie Herzog said a deal would create the leading global nicotine company by improving cash flow and accelerating the worldwide rollout of Juul and iQOS.

Philip Morris has annual revenue of nearly $30 billion, while Altria generated about $20 billion last year. Both companies said there could be no assurance a deal would be reached.

Any deal would need to be approved by the companies' respective boards and shareholders.

(For a graphic on 'Market Shares of Tobacco Companies Worldwide', click https://tmsnrt.rs/2HI4mZx)

(Reporting by Uday Sampath in Bengaluru and Greg Roumeliotis in New York; Additional reporting by Vanessa O'Connell in New York and Chris Kirkham in San Francisco; Editing by Dan Grebler and Rosalba O'Brien)