By Hallie Gu and Tom Westbrook BEIJING/SINGAPORE (Reuters) - Commodity traders and analysts are struggling to map out how China will reach the eye-popping amounts it is committing to buy from the United States under Phase 1 of their trade deal. 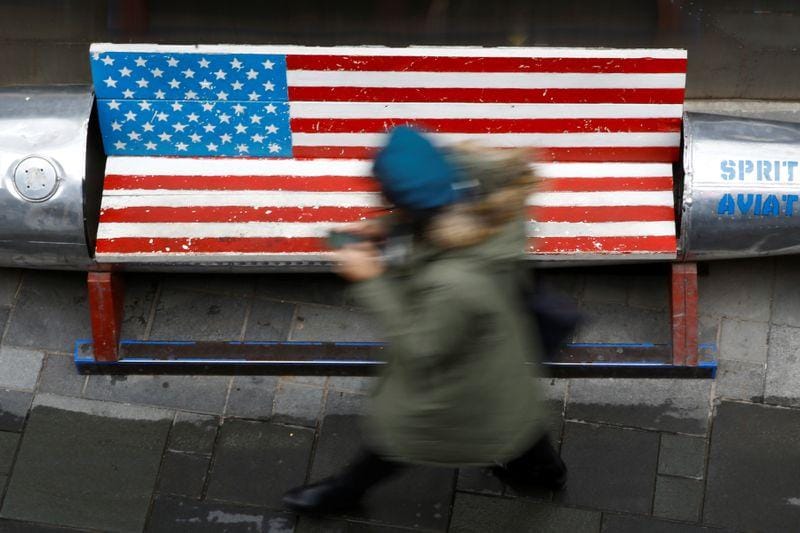 By Hallie Gu and Tom Westbrook

BEIJING/SINGAPORE (Reuters) - Commodity traders and analysts are struggling to map out how China will reach the eye-popping amounts it is committing to buy from the United States under Phase 1 of their trade deal.

China has pledged to buy $50 billion more in U.S. energy supplies, and will raise U.S. agriculture purchases by some $32 billion over two years above 2017's $24 billion baseline, according to a source briefed on the deal to be signed on Wednesday. The deal also stipulates purchases of an additional $80 billion in manufactured goods.

Those totals would certainly trim the roughly $300 billion annual trade gap between the countries. However, analysts who study Chinese commodity flows remain sceptical that Beijing can absorb such quantities of U.S. goods without threatening trade ties with other suppliers, hurting its own domestic producers, and making substantial changes to import standards and quotas.

“Either China massively increases imports and reduces current account surplus from the current 1.5% of GDP, or it engages in trade diversion away from current providers of goods which compete with the U.S." said Alicia Garcia Herrero, Chief Economist Asia Pacific at Natixis in Hong Kong. "I see this second scenario as much more likely."

China will have to include U.S. crude, liquefied natural gas (LNG) shipments and imports of petrochemical raw materials such as ethane and liquefied petroleum gas (LPG) to meet the target, Chinese trade sources and analysts said.

But it would still struggle unless new supply deals are signed that displace other exporters, they said.

The $50 billion target is "too aggressive and unlikely to achieve", said Seng Yick Tee, an analyst at SIA Energy in Beijing, adding that energy product exports from the United States to China were about $8 billion in 2017 and 2018.

"To achieve $25 billion a year, all the imports need to be tripled."

Gavin Thompson, Vice Chair for Asia Pacific at Wood Mackenzie, was surprised by the energy figure since it would mean tariffs on U.S. crude and LNG imports would have to be removed, particularly for LNG to be competitive.

Quality, rather than quantity, may be another hurdle.

"Most of the Chinese refineries were designed to process medium-sour crude, but U.S. oil is mostly light, sweet," SIA's Tee said, referring to the density and the sulphur amounts in crude, which dictate the types of fuels that can be refined from an oil.

The pledge to boost U.S. farm imports by over $30 billion over two years is "shocking" since that increment is more than the value of farm products it has purchased from the U.S. in a single year, said a China-based grains trader.

"It would make (more) sense if the $32 billion is the total number, not the increased number."

"Prices of agri (commodities) from the rest of the world could be cheaper, especially after China cut import tariffs (in January). So even after retaliatory tariffs are removed, the U.S. will not have a competitive advantage over other economies," she said.

Traders also questioned what products China could buy from the United States since African swine fever has dented demand for soybeans for animal feed and quotas to protect domestic farmers limit grain imports.

"China will, for sure, buy more soybeans, let's say, 30 to 40 million tonnes. (For) wheat, maybe we can increase purchases within the import quota," said a trader with a Chinese grain importer.

A third grains trader said: "If such volume (of products) come to China, it will be a disaster for us (in the domestic market)."