By Tamara Mathias (Reuters) - Pfizer Inc on Tuesday reported fourth-quarter profit and sales that edged past Wall Street estimates, helped by higher sales of breast cancer medicine Ibrance and pain drug Lyrica. The largest U.S. drugmaker also touted its pipeline of drugs in development and its shares rose more than 2 percent after initially falling on a 2019 earnings forecast below Wall Street estimates 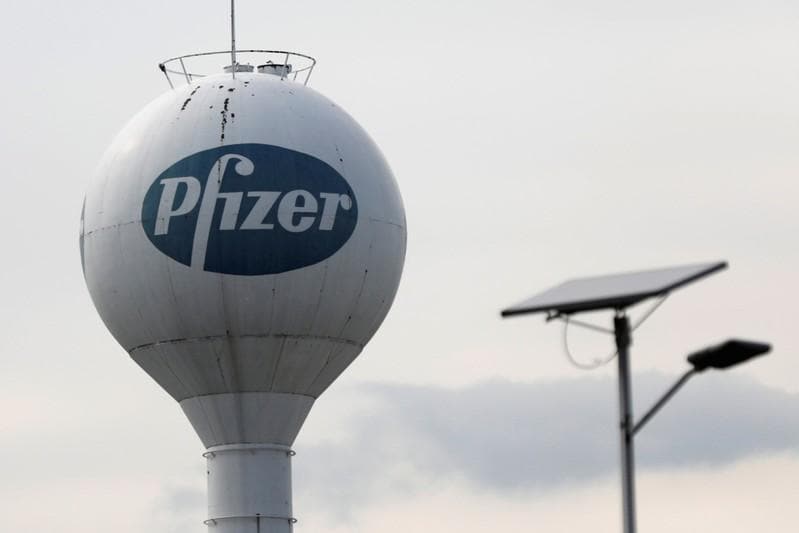 The largest U.S. drugmaker also touted its pipeline of drugs in development and its shares rose more than 2 percent after initially falling on a 2019 earnings forecast below Wall Street estimates. That continued a trend among major drugmakers as Johnson & Johnson and Bristol-Myers Squibb Co have also issued initial 2019 earnings forecasts below analysts' estimates.

On a call with analysts, new Chief Executive Albert Bourla said Pfizer had "the best pipeline in our history," and predicted that the company would return to sustained growth beginning in the middle of 2020.

"Our job now is to stay the course," said Bourla, who took over as CEO to start the year.

Pfizer forecast 2019 adjusted earnings of $2.82 to $2.92 per share, while analysts were estimating $3.04 per share, according to IBES data from Refinitiv. Its revenue forecast of $52 billion to $54 billion, which takes into account the impact of a stronger dollar and the loss of U.S. patent exclusivity on Lyrica around mid-year, also fell short of analysts' estimates of $54.25 billion.

"The confidence in the pipeline and potential for accelerated growth beginning in 2020 is contributing to the positive share price reaction," Edward Jones analyst Ashtyn Evans said.

Pfizer and partner Eli Lilly & Co also reported positive results from a late-stage trial of their experimental non-opioid arthritis treatment tanezumab, one of 15 potential billion-dollar drugs Pfizer says could win approval within five years. However, some analysts suggested that the new data may not alleviate safety concerns around the pain drug.

Pfizer executives said they expected flat pricing for its drugs in the United States this year, but that it was not counting on price increases to drive growth.

Bourla also said Lyrica would be its last top-selling product to go off patent until the second half of the decade.

In the fourth quarter, Ibrance sales rose 58 percent to $1.13 billion, helped by growing demand in Europe.