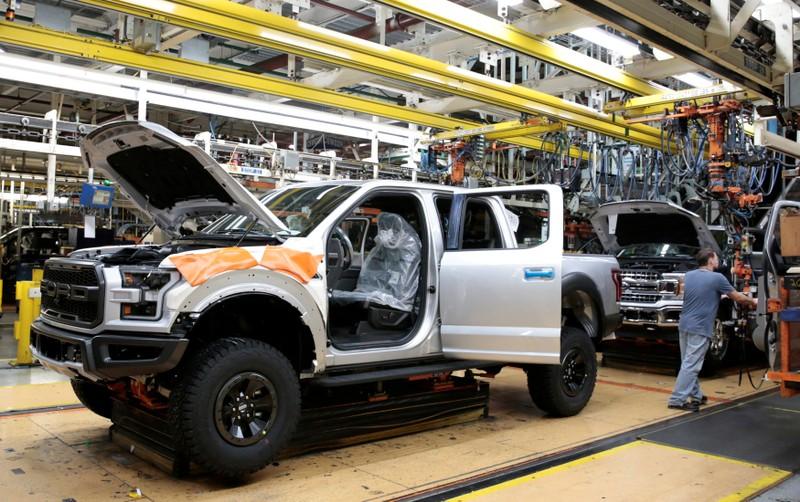 Pence will speak at an event with automakers and auto suppliers in Taylor, Michigan and will tour a Ford Motor Co truck plant in Dearborn as the administration works to convince Congress to ratify the new trade deal - the United States-Mexico-Canada Agreement (USMCA).

Also set to attend and speak on a panel ahead of Pence's remarks are the chief executives of two major auto suppliers - Dana Inc and Magna International Inc - as well as executives from Ford, General Motors Co and Fiat Chrysler Automobiles NV.

The Michigan Manufacturers Association and two auto supplier associations will host the event.

Pence will also attend an event in the Detroit area for the 2020 Trump re-election campaign.

The U.S. International Trade Commission (ITC) on Thursday estimated that under the deal U.S. auto industry employment would rise by 30,000 jobs for parts and engine production, but that the number of U.S. vehicle assembly jobs would decline. U.S. vehicle prices would rise up to 1.6 percent, causing consumption to fall by 140,000 units per year, or about 1.25 percent of 2017 sales, the report said.

The Trump administration and U.S. automakers disputed the ITC report, saying instead that the new trade deal would create 76,000 automotive sector jobs within five years as automakers invest some $34 billion in new plants to comply with the pact’s new regional content rules.

The auto industry is deeply concerned about the Trump administration's consideration of whether to impose up to 25 percent tariffs on imported cars and parts on national security grounds.

The industry fears those tariffs would add thousands of dollars to the cost of vehicles and potentially cost hundreds of thousands of jobs throughout the U.S. economy. U.S. President Donald Trump is expected to act on confidential recommendations of a report looking into the possible tariffs by mid-May.

Bob Carter, head of U.S. sales for Toyota Motor Corp, said at a forum in New York last week that if tariffs are imposed "quite frankly that's pulling the pin out of the grenade... I don't believe the U.S. economy can run out of the room fast enough if that happens."