Paraguay economy to grow under 3% this year, finance minister says

By Daniela Desantis ASUNCION (Reuters) - Paraguay's finance minister told Reuters economic growth in 2019 was likely to come in below 3% from an earlier projected 3.2% percent thanks mainly to weak soybean production caused by poor weather in the first half of the year. 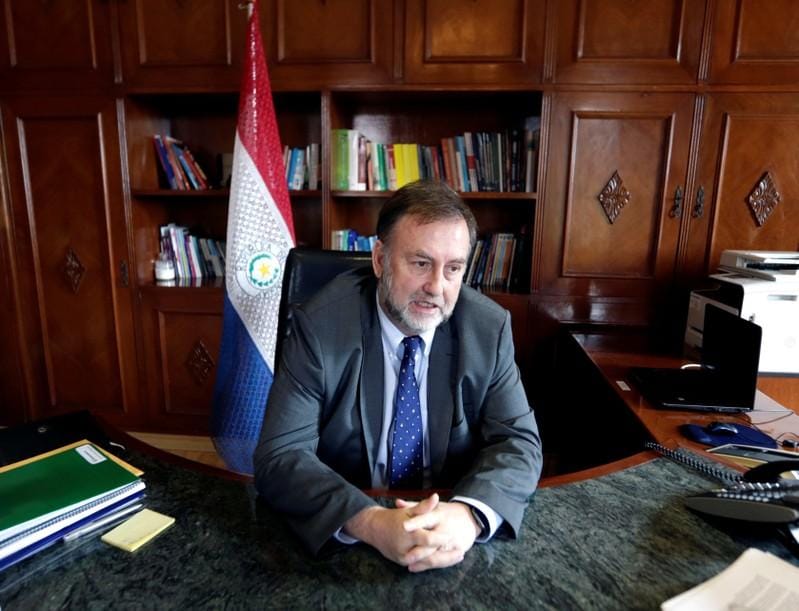 ASUNCION (Reuters) - Paraguay's finance minister told Reuters economic growth in 2019 was likely to come in below 3% from an earlier projected 3.2% percent thanks mainly to weak soybean production caused by poor weather in the first half of the year.

Benigno López said Paraguay, the world's fourth biggest exporter of soybeans, had weathered the worst of the "storm".

"The hit in the first half is behind us and the economy is going to recover," Lopez, the half-brother of conservative President Mario Abdo and one of his main advisers, said in an interview at his offices in central Asuncion.

"We will end up with moderate growth, but growth at last."

The country's central bank, which previously estimated growth of 3.2%, is expected to revise the formal number this month, according to the bank's calendar.

The soybean crop in 2018/2019 was 20% lower than the year before due to the adverse weather, official data show. Lopez said the government was providing financing tools to make sure planting targets can be met in the next crop season beginning in September.

The hit to soybeans was compounded by a drop in hydroelectric energy production and beef output, as well as the global uncertainty caused by trade tensions between the United States and China, Lopez said.

China is the world's biggest soybean importer and the United States is the second largest exporter.

Some business sectors criticise Lopez for pushing tax reforms which will force soybean processors to contribute some $60 million a year more to the treasury, among other things.

The crushing industry, controlled by international grains giants such as Bunge Ltd

The minister defended the reform as a necessary "rebalancing," however.

The additional $60 million in taxes "corresponds to everything they benefit from in terms of production," Lopez said. "Paraguay will continue to be a country open to investment."