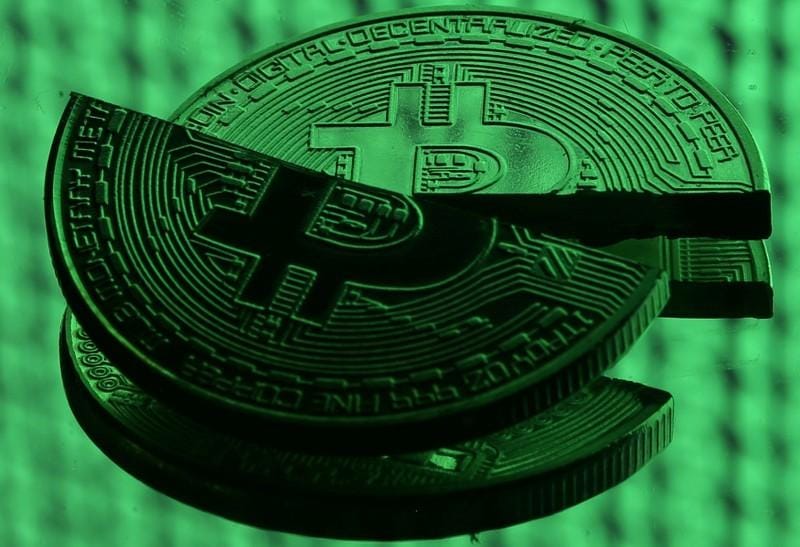 NEW YORK (Reuters) - U.S. blockchain investment firm Pantera Capital said on Thursday approximately a quarter of the fund's capital was invested in projects or digital assets that may not have been compliant with U.S. securities regulations.

Pantera's disclosure highlights a growing concern in the cryptocurrency community about digital tokens issued in the last two years that may have violated U.S. securities laws.

California-based Pantera is one of the biggest investors in digital currencies.

In a monthly letter to subscribers and clients sent on Thursday, Pantera Chief Executive Officer Joey Krug said noncompliant projects will likely end up having to offer to buy back the token at the sale price from investors and will have to register as securities.

The company could not immediately be reached for further comment.

In mid-November, the U.S. Securities and Exchange Commission announced it settled charges against two noncompliant initial coin offerings. The SEC concluded that tokens that are deemed securities and sold to U.S. non-accredited investors without relying upon an exemption are considered noncompliant.

For a token or digital coin to be compliant in the United States, it should have been sold only to accredited investors, or those with a net worth of about $1 million, under Rule 506(c) of Regulation D of the Securities Act of 1933.

"While we believe the vast majority of the projects in our portfolio should not be affected, approximately 25 percent of our fund's capital is invested in projects with liquid tokens that sold to U.S. investors without using Regulation D or Regulation S," Krug, who is also Pantera's co-chief-investment officer, said in the letter.

The company's website does not state the amount of assets under management, but some market participants said Pantera manages $700 million in assets across a range of venture and cyrptocurrency funds.

Blockchain, which first emerged as the system powering cryptocurrency bitcoin, is a shared database that is maintained by a network of computers connected to the internet.

"We will monitor our positions for further relevant developments," Krug said.

Pantera was founded in 2013 by the former head of macro trading and chief financial officer at hedge fund Tiger Management.