By Pete Schroeder WASHINGTON (Reuters) - The novel coronavirus outbreak has exposed 'cracks' in the global financial system and 'will likely' see banks suffer both credit losses and market losses that will test their reserves, the International Monetary Fund (IMF) warned on Tuesday. The world's largest multilateral lender cautioned that while banks have built up strong capital and liquidity buffers, and passed regular stress tests, since the 2007-2009 financial crisis, the potential for a long and severe downturn will put the firms to the test 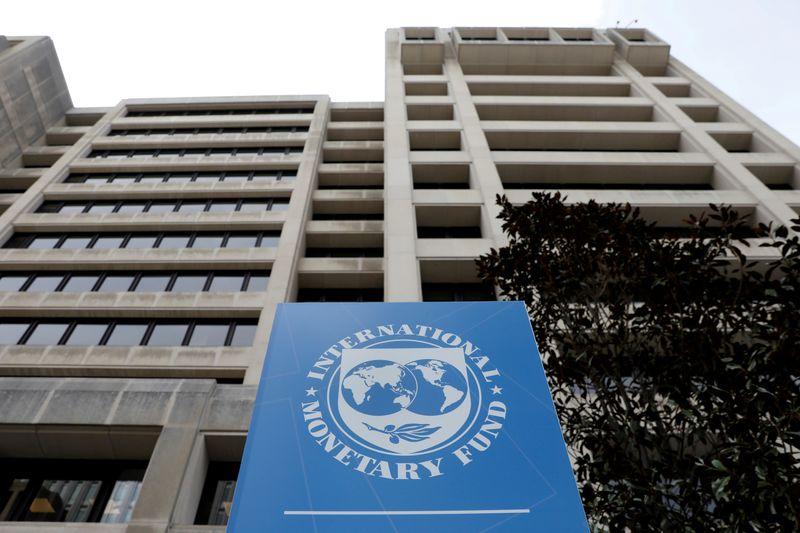 WASHINGTON (Reuters) - The novel coronavirus outbreak has exposed "cracks" in the global financial system and "will likely" see banks suffer both credit losses and market losses that will test their reserves, the International Monetary Fund (IMF) warned on Tuesday.

The world's largest multilateral lender cautioned that while banks have built up strong capital and liquidity buffers, and passed regular stress tests, since the 2007-2009 financial crisis, the potential for a long and severe downturn will put the firms to the test.

"This crisis presents a very serious threat to the stability of the global financial system," the IMF wrote in its Global Financial Stability Report ahead of its virtual summit with the World Bank in place of its usual spring gathering.

"Today, of course, we are in the very adverse economic scenario ... we do expect that most banks and most banking systems are going to be stable," said Tobias Adrian, the director of the IMF's monetary and capital markets department. "There might be some additional struggles in some banking systems and for some banks around the world."

Measures to stem the spread of the virus have put 16 million Americans out of work, wiped trillions of dollars off global stock markets and could lead to the worst economic crash since the Great Depression of the 1930s, the IMF warned last week.

"The declines in asset prices are expected to lead to losses on banks' portfolios of risky securities, though this could be partly offset by gains on their holdings of safe-haven assets," the IMF said.

Prior to the report's release, JPMorgan Chase & Co and Wells Fargo both reported their quarterly profits steeply fell as the firms set aside billions of dollars in preparation for potentially huge numbers of loans in default.

The IMF flagged that emerging strain in the U.S. commercial real estate sector, as tenants struggle to pay their landlords, were a point of potential stress for banks who account for as much as 70% of lending to that sector.

Companies have been rushing to draw down what the IMF estimated was $10 trillion in unused credit lines at the end of 2019, pressuring banks to eat into their liquidity buffers.

The fall in oil prices is also likely to lead to credit losses among energy lenders, while banks may also take losses on loans to struggling households, the IMF said.

"The longer the sudden stop in economic activity continues, the more likely it is that banks will see credit losses," it added.

Policymakers have already taken "decisive" fiscal and monetary policy steps to soften the impact of the pandemic, the IMF said. In the United States, the Federal Reserve has taken a volley of unprecedented measures to prop up the economy.

But some emerging and frontier economies do not have the firepower of their Western peers and are facing a "perfect storm" as domestic financial stress is compounded by record funds outflows and reduced access to external debt financing.

"This loss of external debt financing is likely to put pressure on more leveraged and less creditworthy borrowers," the IMF warned.