By Eileen Soreng (Reuters) - Palladium jumped above the $1,500 per ounce mark for the first time on Wednesday, propelled by a stark supply deficit, while gold hit a 10-month high on a weaker dollar as investors awaited cues on U.S. monetary policy. Spot palladium, which traded as high as $1,502 per ounce, was little changed at $1,479 at 11:16 am EST (1616 GMT) 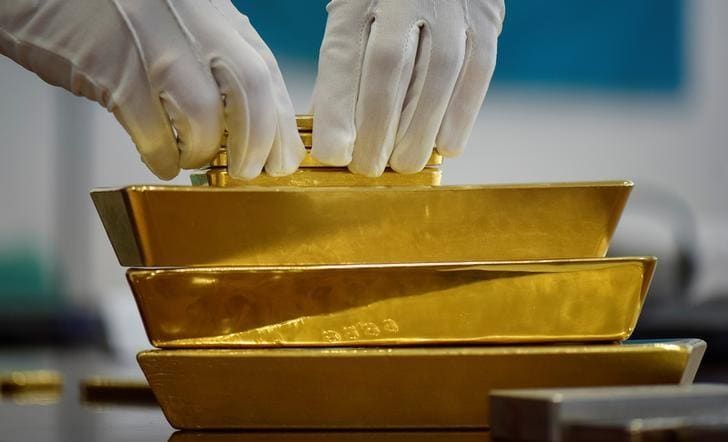 (Reuters) - Palladium jumped above the $1,500 per ounce mark for the first time on Wednesday, propelled by a stark supply deficit, while gold hit a 10-month high on a weaker dollar as investors awaited cues on U.S. monetary policy.

"Palladium's deficit is likely to persist for at least the next couple of years and there's limited opportunity to ease the market's tightness," said Suki Cooper, precious metals analyst at Standard Chartered Bank.

Leading autocatalyst manufacturer Johnson Matthey said last week that a persistent supply deficit in the palladium market was likely to widen this year.

Further, a broad-based substitution from palladium to platinum was not immediately feasible, analysts said.

While both metals are primarily consumed by carmakers in catalytic converter manufacturing, platinum is more heavily used in diesel vehicles that have fallen out of favour since the Volkswagen emissions-rigging scandal broke in 2015.

Unlike platinum, palladium has also benefited from a switch to petrol engines and expectations for growth in hybrid electric vehicles, which tend to be partly gasoline-powered, helping cushion the metal from falling global car sales.

Indicative of the bullish sentiment, net long positions in palladium have jumped since last August, with prices rising about 80 percent during the same period.

Investors were awaiting minutes from the U.S. Federal Reserve's last meeting later in the day for a confirmation on the central bank's dovish stance, analysts said.

The dollar held close to a near two-week low against major currencies, ahead of the release of the minutes and amid hopes for a U.S.-China trade truce.

"Although it's likely the Fed minutes will continue to show a dovish/neutral stand and that should cap further dollar strength, the other central banks are certainly in the same mindset if not even more dovish," Peter Hug, global trading director at Kitco Metals, said in a note.

Helping the case for gold, considered a safe store of value during political and economic uncertainty, was a gloomy outlook for global growth, prompting central banks to go slow on monetary tightening.