By Arijit Bose BENGALURU (Reuters) - Palladium rose to a record high on Wednesday on increasing demand and lower supply of the metal used in autocatalysts, while gold gained on expectations of a pause in the U.S. Federal Reserve's rate hiking cycle. 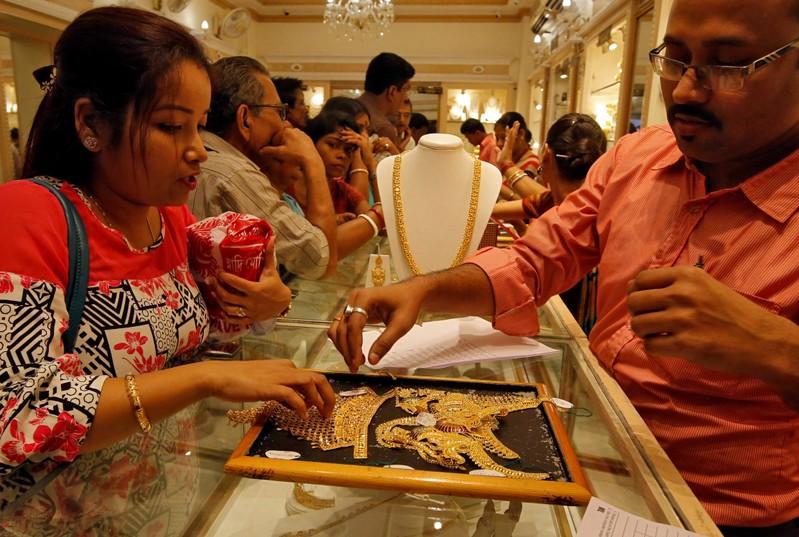 BENGALURU (Reuters) - Palladium rose to a record high on Wednesday on increasing demand and lower supply of the metal used in autocatalysts, while gold gained on expectations of a pause in the U.S. Federal Reserve's rate hiking cycle.

The price of palladium, used mainly in emissions-reducing catalysts for vehicles, has risen by more than 60 percent from a trough in mid-August last year, and overtook gold for the first time in 16 years early in December 2018.

A sustained period of record palladium automotive demand, with last year's estimate of 8.5 million ounces, coupled with constrained mine production growth has resulted in demand outpacing supply over much of this decade, Metals Focus said in a note dated Tuesday.

"The macro environment still looks very positive for gold, given we expect the dollar to weaken and the Fed unlikely to start hiking rates until the second half of the year," said Suki Cooper, precious metals analyst at Standard Chartered Bank.

Investors remained concerned as softer data from across the world heightened fears that the global economy is slowing, adding to the appeal for gold, considered a hedge against economic and political uncertainty, analysts said.

Risks to the U.S. recovery, including a partial government shutdown, have broadened hawkish calls among Federal Reserve officials to be patient before raising interest rates again.

Gold tends to gain on expectations of lower interest rates, as they reduce the opportunity cost of holding non-yielding bullion.

This provided gold some underlying support despite a firmer dollar and global equities.

Investors are waiting for the outcome of a vote of no confidence in the British government on Wednesday, after Prime Minister Theresa May's deal to leave the European Union was defeated by lawmakers on Tuesday.

(Reporting by Arijit Bose and Arpan Varghese in Bengaluru; Editing by Susan Thomas)