By Rodrigo Campos NEW YORK (Reuters) - Oil prices fell sharply on Tuesday on oversupply concerns while a gauge of stocks across the globe was on track to rise for a seventh straight session after large overnight gains in Asia. The U.S 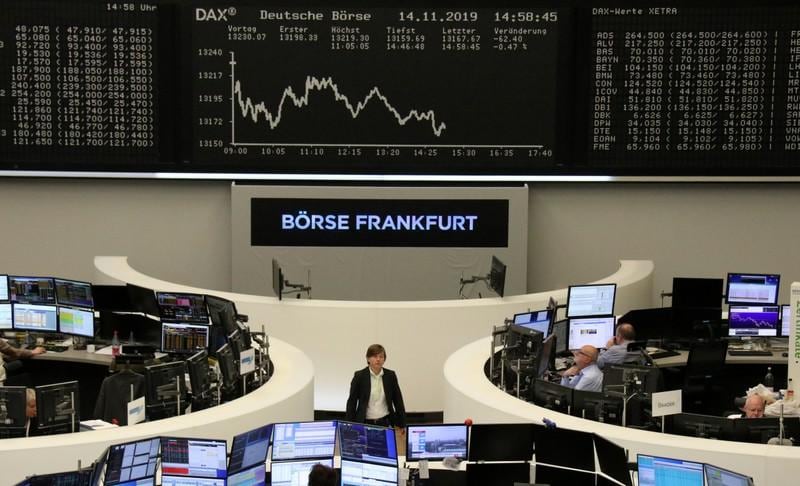 NEW YORK (Reuters) - Oil prices fell sharply on Tuesday on oversupply concerns while a gauge of stocks across the globe was on track to rise for a seventh straight session after large overnight gains in Asia.

The U.S. benchmark S&P 500 index was little changed while the blue-chip Dow Jones Industrial Average slipped and the Nasdaq rose, all having hit record intraday highs earlier in the session.

Traders cited the lingering uncertainty over whether the U.S. and China could agree to end a trade war than nears 1-1/2 years as a reason for stocks to drift and bond prices to go higher.

U.S. President Donald Trump said he would raise tariffs on Chinese imports if no deal is reached with Beijing to end the trade war. The next round of tariffs is due to kick in mid-December.

Oil fell after sources told Reuters that Russia is unlikely to agree to further cut its oil output at a meeting with fellow exporters next month.

The dollar was little changed against a basket of six major currencies. The dollar index <.DXY> rose 0.05%, with the euro

The Japanese yen strengthened 0.14% versus the greenback at 108.54 per dollar, while Sterling