Opening on Thanksgiving hurts retailers more than it helps

By Nandita Bose and Melissa Fares NEW YORK (Reuters) - As store sales fall and purchases shift online over the Thanksgiving weekend, most U.S. retailers have boosted their web offerings but many still overlook the sales impact from opening their doors on Thursday evening. It is widely understood that heavy discounting early in the holiday season — both online and in stores — along with retailers opening on Thursday evening cuts into early morning Black Friday traffic and sales 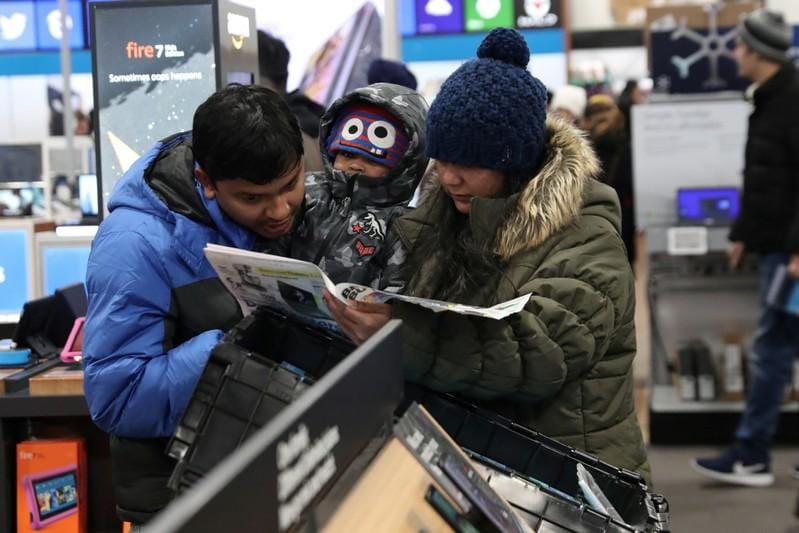 By Nandita Bose and Melissa Fares

NEW YORK (Reuters) - As store sales fall and purchases shift online over the Thanksgiving weekend, most U.S. retailers have boosted their web offerings but many still overlook the sales impact from opening their doors on Thursday evening.

It is widely understood that heavy discounting early in the holiday season — both online and in stores — along with retailers opening on Thursday evening cuts into early morning Black Friday traffic and sales. For example, the snaking lines for "doorbuster" deals at 4 a.m. on Black Friday are a rare sight these days.

But the early openings are now increasingly hurting store sales not just on Black Friday but even on Saturday and Sunday, according to retail industry experts.

Part of the challenge for retailers is figuring out whether Thanksgiving generates more overall sales, or just takes shoppers, and therefore sales, away from Friday and rest of the weekend.

That is part of a broader multi-year scramble to figure out how to compete in an increasingly complicated holiday shopping season, which starts earlier every year, and not succumb to peer pressure over store hours, discounts and promotions.

The results so far showed net sales at brick-and-mortar stores over Thursday and Friday fell 4 to 7 percent, while traffic fell 5 to 9 percent, according to analytics firm RetailNext.

"There is a fixed demand pool over the weekend and most retailers are not expanding that shopper base by staying open on Thanksgiving," said Craig Johnson, president of retail consultancy Customer Growth Partners. "They are just taking away sales from the rest of the weekend."

Johnson said Thanksgiving sales went up by $2 billion to $11 billion this year but that happened at the expense of not just Friday but the weekend. He said over a $1 billion in sales from Friday and Saturday moved into Thursday, describing the economic shift as the "demand pull-forward phenomenon."

Bob Phibbs, chief executive of New York City based consultancy Retail Doctor, said many retailers have realized that it may not be worth it. They have started to understand that "you'll take four days to make what you would have made in three days."

He said more retailers cut back this year by either not opening at all or by shrinking the number of stores they opened to avoid diluting the whole weekend.

According to data gathered by retail website BestBlackFriday.com, at least 77 retailers kept their doors shut on Thanksgiving this year, up from 75 last year. The ones that waited until Black Friday still did record business without overstocking, running utilities and paying workers' overtime, consultants said.

Some of the biggest retailers that stayed shut on Thanksgiving this year included Costco Wholesale Corp, Nordstrom Inc, Home Depot Inc, Lowe's Cos Inc, TJ Maxx, Dillard's Inc. The companies gave different reasons for their decision and most appeared socially responsible by saying employees should be able to spend time with family.

Burt Flickinger, managing director of Strategic Resource Group said most of the others who were open on Thursday incurred higher costs and didn't sell any more merchandise than they would from Black Friday to Sunday, he said.

There were a few notable outliers. Macy's and JC Penney surprisingly benefited from staying open on Thanksgiving this year. The reason is the demise of rival Sears Holdings Corp, which filed for bankruptcy this year, analysts and consultants said.

Their costs of opening overnight was about 20 percent of sales for those hours that they were open. But their gross profit margins on what they sold during that time, were about 35 percent, paying off the investment in keeping stores open for those extra hours, he said.