By Alex Lawler and Rania El Gamal LONDON/DUBAI (Reuters) - Key members of OPEC are wary that strains in the OPEC+ alliance could reemerge with Joe Biden as U.S. President, sources close to the organisation said, and would miss President Donald Trump who went from criticising the group to helping bring about a record oil output cut. Biden could modify U.S. 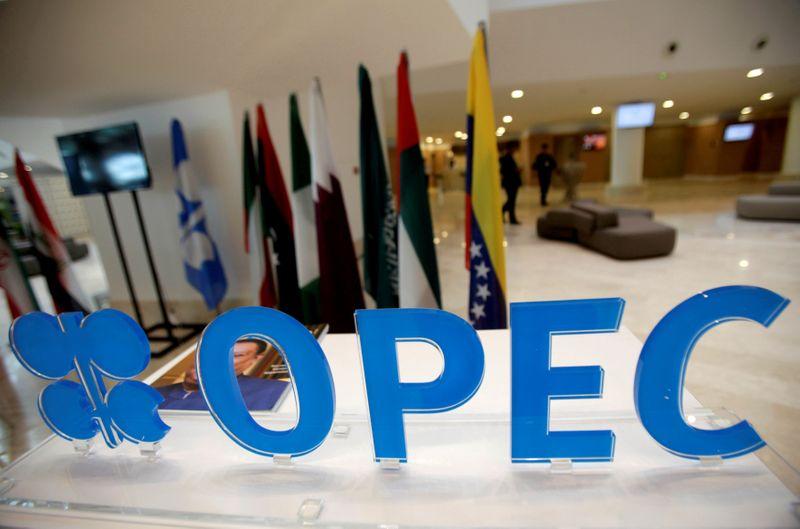 LONDON/DUBAI (Reuters) - Key members of OPEC are wary that strains in the OPEC+ alliance could reemerge with Joe Biden as U.S. President, sources close to the organisation said, and would miss President Donald Trump who went from criticising the group to helping bring about a record oil output cut.

Biden could modify U.S. diplomatic relations with three members of OPEC - de facto leader Saudi Arabia, and sanctioned countries Iran and Venezuela, as well as with key non-OPEC producer Russia. Russia is the leader of oil producers allied with OPEC, a group known as OPEC+.

Strict enforcement of U.S. sanctions on Iran and Venezuela has kept millions of barrels of oil per day off the market, and if Biden should relax measures on either in years to come an increase in production could make it harder for OPEC to balance supply with demand.

Biden has said he would prefer multilateral diplomacy to the unilateral sanctions Trump has imposed, although that may not mean a relaxation in sanctions any time soon. In his campaign, Biden said he'd return to Iran's 2015 nuclear deal if Tehran resumes compliance with the pact.

Trump quit the pact in 2018, reimposing sanctions that cut Iran's oil exports. Some in OPEC fear that a return of Iranian volumes will add to oversupply without cutbacks elsewhere and worry about Moscow's continued participation in OPEC+.

"Iran sanctions can be re-evaluated and then Iran will be back to the market, so again there would be oversupply and the current cut deal will be at risk," an OPEC source said before the election result was known.

"There is the risk of Russia leaving the OPEC+ deal too which means a collapse of the agreement, as it was Trump who brought Moscow on board," the source said.

Biden has named Russia as Washington's most serious global threat. During his campaign, he also pledged to reassess ties with Saudi Arabia.

Trump in April was involved in talks that led to a deal in which the Organization of the Petroleum Exporting Countries and Saudi Arabia worked with allied producers led by Russia to agree a record oil supply cut as the coronavirus outbreak hammered demand.

Trump stepped in to put political pressure on Saudi Arabia and Russia to end a dispute that had sparked a price war and resulted in both countries planning to raise output just as the pandemic led to restrictions on travel - and consequently in demand for fuel.

The result was an unprecedented global deal to cut oil supply by about 20 million barrels per day, or around 20 percent. OPEC+ alone agreed to cut 9.7 million bpd.

For Trump, the motivation was to raise global oil prices and prevent bankruptcies and hundreds of thousands of job losses in the U.S. energy industry as the election loomed.

Trump has been a proponent of the oil and gas industry, rolling back environmental regulations and rejecting mainstream science on how emissions are causing global warming.

"Trump is now our friend - after the historic U-turn," said a senior OPEC source from a U.S. ally OPEC member, declining to be named. "From NOPEC to Art of the Deal," he added, in a reference to the April OPEC+ pact and a 1987 book by Trump.

Trump developed a close relationship with top OPEC producer Saudi Arabia's de facto ruler Mohammed bin Salman, or "MbS", who relies on the United States for weapons and protection against regional rivals such as Iran.

The OPEC+ alliance has been propping up oil prices since 2017 and any developments that threaten the future of the alliance could weaken the market, with significant implications for OPEC and other producers, governments and traders.

Trump engaged more actively with OPEC than his predecessors, often taking to Twitter to comment on production decisions and oil price moves. Biden is seen as more likely to keep the cartel at arm's length.

"My view is that Biden would rely more on professional advice from his advisers and would not micromanage as Trump does today," said Chakib Khelil, Algeria's oil minister for a decade and a former OPEC president.

"Biden would not have the cosy relationship with Putin that Trump appears to have," Khelil added.

Still, despite Biden's campaign comments on the U.S.-Saudi relationship, a radical reset is viewed as unlikely. Gulf regional sources and diplomats have told Reuters a Biden win would not upend decades-long alliances.

And a source familiar with Iranian oil thinking welcomed Biden's win but said he doubted sanctions would be lifted swiftly. This would give OPEC+ members long enough to adjust their deal to make room for more Iranian oil.

"Even if Iran's sanctions are lifted, it will take two to four months for Iran's oil exports to return to pre-sanctions levels due to technical issues," he said. "Therefore, OPEC+ has enough time to decide on a new production ceiling."