By Alex Lawler LONDON (Reuters) - Global oil demand will rebound more slowly in 2021 than previously thought because of rising coronavirus cases, OPEC said on Wednesday, hampering efforts by the group and its allies to support the market. 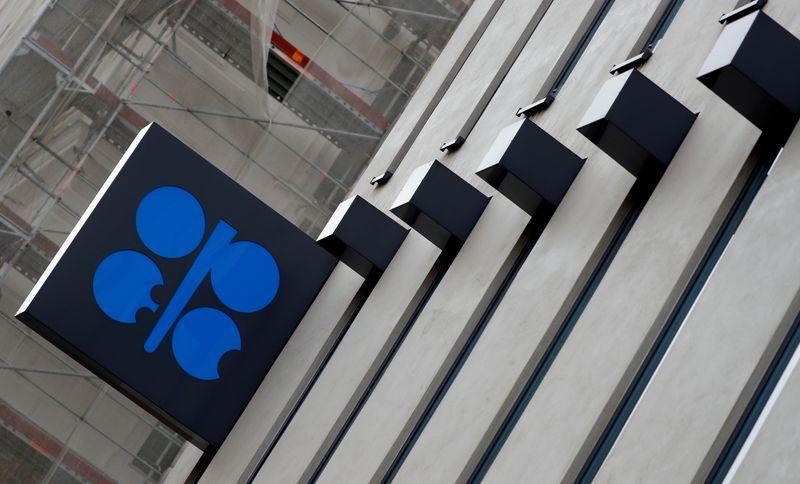 LONDON (Reuters) - Global oil demand will rebound more slowly in 2021 than previously thought because of rising coronavirus cases, OPEC said on Wednesday, hampering efforts by the group and its allies to support the market.

Demand will rise by 6.25 million barrels per day(bpd) next year to 96.26 million bpd, the Organization of thePetroleum Exporting Countries said in a monthly report. Thegrowth forecast is 300,000 bpd less than expected a month ago.

The weakening demand recovery could support the case for OPEC and its allies, a group known as OPEC+, to delay a scheduled oil-output boost next year. Algeria said on Wednesday OPEC+ could even make further curbs if needed.

OPEC's report said moves by European governments to shut restaurants and encourage working from home would hit fuel demand for the rest of 2020, with the pandemic's impact on the oil market lingering until the middle of next year.

"The oil demand recovery will be severely hampered and sluggishness in transportation and industrial fuel demand is now assumed to last until mid-2021," OPEC said in the report.

This is the last report before an OPEC+ advisory panel meets next week and their next policy meeting on Nov. 30 and Dec. 1.

Oil has risen this week and hit a more than two-month high above $45 a barrel on Wednesday after drugmakers Pfizer and BioNTech said their COVID-19 treatment was more than 90% effective in initial trial results.

OPEC said "an effective and widely distributable vaccine" could support the economy as early as the first half of 2021, although an OPEC source said this was not yet included in the forecasts.

The group has lowered its 2021 demand growth forecast from an initial 7 million bpd in July. OPEC also in the report cut its estimate of this year's contraction in oil use to 9.75 million bpd, from 9.47 million bpd.

The report showed rising output too, another headwind for OPEC+, despite continued strong OPEC compliance with pledged supply curbs.

OPEC said its output rose by 320,000 bpd to 24.39 million bpd in October, driven by a rebound in Libya, an OPEC member exempted from making cuts.

The group forecast demand for its crude will be 600,000 bpd lower than expected next year at 27.4 million bpd. That would still allow for higher average OPEC production in 2021.

Top OPEC producer Saudi Arabia said on Monday the deal could be tweaked, and OPEC sources say various options are in view.